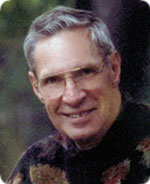 Alton L. Granger started Granger Construction Company in 1959 with his father and two brothers. Under his leadership the company has grown to become one of Michigan s and the country s largest and most respected family-owned construction firms. The company s rise to success, under Alton s leadership, can be attributed to maintaining the highest level of skill, integrity and responsibility while adopting the Golden Rule as the family s core value.

Alton has been involved with every project undertaken by his company during more than 40 years of operation. The Granger Construction Company has done a wide range of construction work around Michigan, but is perhaps best known for its work with educational facilities. In 2004 Alton and his wife, Janice were honored for their lead gift to establish Ferris State University s Granger Center for Construction and HVACR, named in the their honor. The Granger Construction Company also built Ferris Library for Information, Technology & Education and other buildings.

Alton is a 1954 engineering graduate of Michigan State University. He has served his community on several boards including more than 20 years for the Holt Public Schools Board of Education, 11 of those as its president. He has served and held offices for several boards including Lansing General Hospital, Lansing Regional Chamber of Commerce, Lansing Community College Foundation, Mt. Hope United Methodist Church and the Granger Foundation.

He has received numerous company, personal and community awards. These include an honorary doctorate from Ferris State University and Build America Awards/Partnering Awards from Associated General Contractors in six different years. He was honored as Outstanding Philanthropist of the Year for the Capital Area Chamber, Association of Fundraising Professionals, Outstanding Philanthropist for Michigan State University, Distinguished Citizens Award from the Boy Scouts of America - Chief Okemos Council and the Builders Exchange of Lansing - Honorary Member for Lifetime of Service. 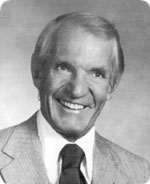 Born and raised in Houghton, Herman Gundlach Jr. often worked at Gundlach Inc., the construction company founded by his father in 1898. After a successful football career at Houghton High School, Worcester Academy and Harvard University and a stint in the armed services, including service in World War II, Herman returned to the Upper Peninsula to take over the family business.

Under his watch, the Gundlach construction company developed innovative building techniques including pioneering the idea of winter construction, which involved work sites covered with canvas. The firm also specialized in reinforced concrete construction. The company continued to grow and did most of its own work instead of subcontracting. At its busiest times, the Gundlach Company had almost 500 employees, making it one of the largest construction employers in the state.

Gundlach helped build Copper County. His company s buildings range from many buildings at Michigan Tech, St. Albert the Great Catholic Church in Houghton, the Reverbatory Furnace at the White Pine Copper Company in White Pine, the J.H. Warden Generating Plant in L Anse, D&N Bank Building in Hancock, and Finlandia University buildings in Hancock. The company built its reputation on impeccable honesty, integrity and fairness and its quality workmanship, responsibility and meeting construction schedules with projects throughout Michigan and Wisconsin.

Herman has won numerous awards from his peers and for community involvement. He was inducted into the Upper Peninsula Sports Hall of Fame in 1973 and won the Highest Honor Award from Suomi College. He was the recipient of the Boy Scouts of America Special Achievement Award and the Distinguished Service Award from Michigan Tech. He was awarded charter membership in the MTU Hubbell Society and the Honorable Alumni Award from Michigan Tech and honorary Ph.D. from Suomi College.

Herman was a member of the Houghton Rotary, the American League, Veterans of Foreign Wars and trustee with Goodwill Farm. He was the director, chairman and donor with the Barbara Kettle Gundlach Shelter Home for Abused Women and Director of the Oak House Inc. for the mentally handicapped. He also served as chairman of the Houghton National Bank Board and president of the Michigan chapter of Associated General Contractors. 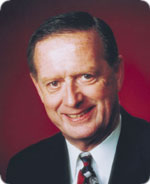 Bob Jones has been in business for himself since 1979 as owner of Robert R. Jones Homes in Bloomfield Hills. He specializes in the design, development and construction of luxury homes. Today his finished works, nearly 1,000 homes, can be found in Rochester Hills, Clarkston, West Bloomfield and Plymouth.

Jones work has become synonymous with luxury, quality and excellence. The Manors of Deerwood in Clarkston, and the Ravines of Northville are all homes built in the $400,000 to $700,000 price range using a traditional style. All of Robert R. Jones homes are brick, and Jones has an in-house designer and civil engineer on staff. He was one of the first builders in Southeast Michigan to copyright floor plans.

Bob s work has been recognized nationally by his peers in the industry. He was named the Best Small Builder in the United States in 1992 by the National Association of Home Builders.

Robert R. Jones Homes was named by Custom Home Magazine as one of The 15 Best Custom Home Builders in the United States. Bob was honored with the First Hearthstone Builder Public Service Honor Roll by Builder magazine for his lifetime commitment to public service. He has served on the Michigan Residential Builders & Maintenance and Alteration Contractors Board, the State of Michigan s Land Use Leadership Council and the Michigan Chamber s Board of Directors. Bob was named Builder of the Year by the Building Industry Association of Southeastern Michigan in 1993 and president of the Building Industry Association, the third largest homebuilders association in the United States. He received BIA s Hall of Fame Award in 2000.

Bob has been very active with New York s St. Bonaventure University, his alma mater where he served as chairman of the Board of Trustees from 1992-1998 and as a board member for 23 years. He received the University s James L. Hayes Volunteer Award for his efforts that helped raise more than $25 million in five years. Bob also served as chairman of the St. Joseph Mercy Hospital Board of Directors in Pontiac, Michigan, and he is co-founder of the McAuley Club, a fundraising organization that raised more than $8 million for St. Joseph Mercy Hospital. 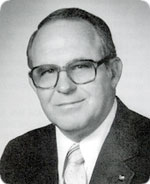 After studying business administration at Eastern Michigan University, Ozzie L. Pfaffmann founded Woods Construction in 1951 and served as president until his retirement in 1997. Woods Construction is a service-oriented general contractor specializing in retail construction. The company has renovated and built expansions to existing retail facilities as well as new construction and fixture installation across the country.

Ozzie has given back to the construction industry for many years and he is well known for his professionalism, dedication and high standards.

Ozzie was very instrumental in the initial accreditation of Ferris State University s bachelor of science degree in Construction Management from the American Council for Construction Education in 1993. He has also served as an advisory committee member to Eastern Michigan University and Lawrence Institute s construction programs. He is an honorary member of Ferris Omicron II Chapter of Sigma Lambda Chi, the 5,000-member national scholastic honorary society for construction students. The group s purpose is to give recognition to outstanding students in construction and to construction professionals that continue to support construction education.

Ozzie has served his community in numerous capacities. He is a long time Kiwanis member and in 1963 he was president of the Denby Kiwanis. Ozzie s continuous service to Kiwanis resulted in him receiving the Tablet of Honor in 2000. The Rochester Chamber of Commerce honored Ozzie with the Citizen of the Year Award in 1978. In 2003 he also received an honorary Doctorate in Business and Industry from Ferris State University.