BIG RAPIDS – The Michigan Construction Hall of Fame at Ferris State University welcomed five new inductees during a recent ceremony in the Granger Center for Construction and HVACR on the university’s Big Rapids campus. 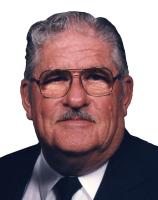 A longtime Saginaw resident, Edgar P. Boettcher’s career began in 1946 when he entered the Bricklayers and Allied Craftsmen Union Local No. 7 apprentice program. After completing his apprenticeship and working for Ditmar, Ditmar and Pickens, the 21-year-old’s desire to create opportunity for his family led him to found Boettcher Masonry in 1950. Starting out on his own with only himself as a brick mason, his father-in-law as a laborer, a few tools with a borrowed mortar box and hoe, his willingness to meeting client needs helped grow the business from residential building work to commercial and industrial construction. He helped build and promote masonry construction throughout his career and held numerous positions in the industry, being honored with his 50-year award from the Bricklayers and Allied Craftsmen Local No. 7 in 1996. 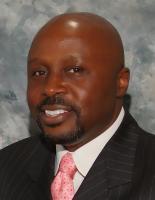 With more than 30 years experience in the construction industry, Larry S. Brinker Sr. is a quality driven, hands-on visionary with a proven track record of entrepreneurial leadership. His desire to build on a reputation of honest hard work while creating opportunities for the underrepresented has led to the successful development of five commercial contracting firms, including Brinker Team Construction, L.S. Brinker Company, Universal Glass & Metals, City Carpet & Flooring, and Edgewood Electric LLC. Together, these organizations form the Brinker Group. Through his vision and perseverance, he has built the Brinker Group in the “Detroit Empowerment Zone,” an area resting in the heart of one of the city’s most impoverished neighborhoods. By creating jobs in this zone, he has taken significant steps to help create a livable and vibrant community where human initiative, hard work and stable families flourish. By engaging Brinker’s self-perform companies, he was able to transform dilapidated structures into immaculate buildings that serve as corporate headquarters to the Brinker Group and provide tenant space for other growing Detroit businesses. 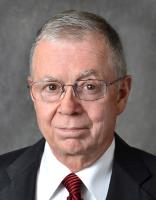 John M. Clark and Charles J. Clark began their careers in construction working summers and during school breaks for their father’s company. Both are respected leaders in the construction industry. Each of them has 50 years of experience, and together they have molded Clark Construction Company into the organization it is today.

John has been instrumental in growing the company to a national perennial “Top 400 Contractor” in Engineering News Record’s annual ranking. He shares the philosophy on which his father founded the company – providing exceptional customer service to all project owners. John is first and foremost an advocate for the customer, which prompted creation of the John M. Clark Service Award, presented annually to a Clark employee who demonstrates exceptional work ethic, service and dedication on behalf of the company and its customers.

Chuck’s approach to the business has helped the company significantly diversify the markets that it serves and the geography in which it operates, covering 12 states. In addition, the company has become an industry leader in the use of technology for project management, planning, estimating and marketing. With Chuck’s leadership, the company developed a safety culture that has resulted in some of the industry’s safest jobsites, resulting in 11 years and counting with no lost time injuries for Clark personnel, and reducing subcontractor recordable injuries by 70 percent. The Charles J. Clark Safety Award is annually presented to the employee who best demonstrates this concern for safety.

Since he was a small boy, William C. Verrette wanted to follow in the footsteps of his father. His father, Louis C. Verrette, founded the multi-divisional business Champion Inc. in 1946 after World War II. Bill Verrette went to work in one of the company’s gravel plants in 1952 during the summer of his 13th birthday. He joined Labor’s Local 1329 in 1954 at age 15 and worked as a construction laborer during the summers of his high school years. Following his graduation from Iron Mountain High School in 1957, Bill set off to college at Michigan Technological University, working on construction projects during the summers. Upon earning a degree in Civil Engineering from Michigan Tech in 1961, he went to work full-time for Champion Inc., becoming a respected leader and role model. Bill worked as a construction estimator, project manager and vice president of Champion’s Construction Division. It was the daily challenges and constant learning that Bill enjoyed, immersing himself in all aspects of the business. In 1972, his father handed him the reigns and he became president of Champion Inc. Today, he serves as Chairman of Champion Inc. and Chairman of Gundlach Champion, the construction arm of Champion Inc. Gundlach Champion was formed when Champion Inc. purchased the Herman Gundlach Co. in 1989 and merged it into the Champion Construction Division.

Michigan Construction Hall of Fame inductees are selected by a committee of professionals representing the Associated Builders and Contractors, Associated General Contractors of Michigan, Construction Association of Michigan, Michigan Infrastructure and Transportation Association, Michigan Association of Home Builders and Ferris State University Construction Technology and Management programs. Selection criteria include achievement in technical, managerial and leadership areas, state or national prominence as a result of industry or community activities, and service to the profession and community.