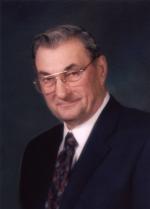 Lawrence D. Clark, founder of the Lansing-area Clark Companies, will be honored for his significant contributions to the concrete foundation industry and leadership in Delta Township area development, where he pioneered poured-wall and tilt-up concrete construction. The Clark Companies include Lawrence Clark Concrete Construction, L.D. Clark Excavating, the L.D. Clark Building Company and Builders Aggregates. Clark has served such professional organizations as the Concrete Foundation, Greater Lansing Home Builders, Michigan Concrete, Michigan Infrastructure and Transportation, and Tilt-Up Concrete associations, as well as Associated Underground Contractors and Central Michigan Associated Builders and Contractors. Recognized for his service to Delta Township and, nationally, as a concrete innovator, Clark has received the Murray Parker Memorial Award, the Tilt-Up Achievement Award, and eight separate Building of the Year Awards, as well as special recognition from Dow Chemical, Owens Corning and Con/Steel. 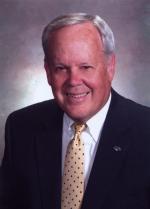 Richard J. Cramer Sr. will be honored for his pioneering uses of technology and leadership in the sheet metal, HVAC and construction industries. Building on his father’s Flint, Mich. heating business, Dee Cramer Inc., using strategic planning and lean construction, Cramer took lead of the $3.5-million company in the late 1970s and elevated it to a $28-million enterprise. The firm reached $44 million in 2011. He also pioneered 3D coordination and building information modeling, helping to build the nation’s first “virtual” projects at two General Motors facilities. Serving on the Construction Users Roundtable Tripartite Committee, he also has been president of the Flint Area Association of Sheet Metal Contractors for 20 years and led the formation of the first national Sheet Metal Industry Peer Group. Active in the Sheet Metal Contractors National Association and on more than 11 national committees, he has also served on the Michigan Board of Mechanical Rules and been a trustee of the Sheet Metal Workers Local 7 Zone 4 Pension Fund. Cramer is known for his service to the community and was named a Paul Harris Fellow by the Downtown Flint Rotary Club in 2002.

Brothers Arthur J., James O. and Ralph J. Fisher will be honored for their development of the Fisher Companies – Fisher Contracting, Fisher Transportation, Central Concrete, Central Asphalt, Bay Aggregates and Midland Engine – from Fisher Sand and Gravel, the business their parents, Ralph “R.J.” and Zelda Fisher, began in Midland, Mich. in 1925. The Fisher Companies, grown by the brothers into a 400-employee operation with annual revenue of more than $100 million, provide heavy civil contracting and a variety of other construction-related services across the Great Lakes region, with each brother serving in a variety of leadership positions within one or more company divisions. The brothers also are known for their development of Mt. Pleasant’s popular Bucks Run Golf Club on the site of a former Fisher Sand and Gravel pit. Collectively, they have provided extensive service to multiple community and professional organizations, including the Asphalt Paving Association of Michigan, Associated Builders and Contractors, Associated General Contractors, the Michigan Infrastructure and Transportation Association, the Ready Mix Concrete Association, and both Michigan and national chapters of the Society of Professional Engineers. 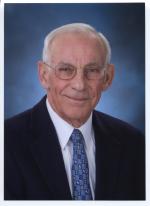