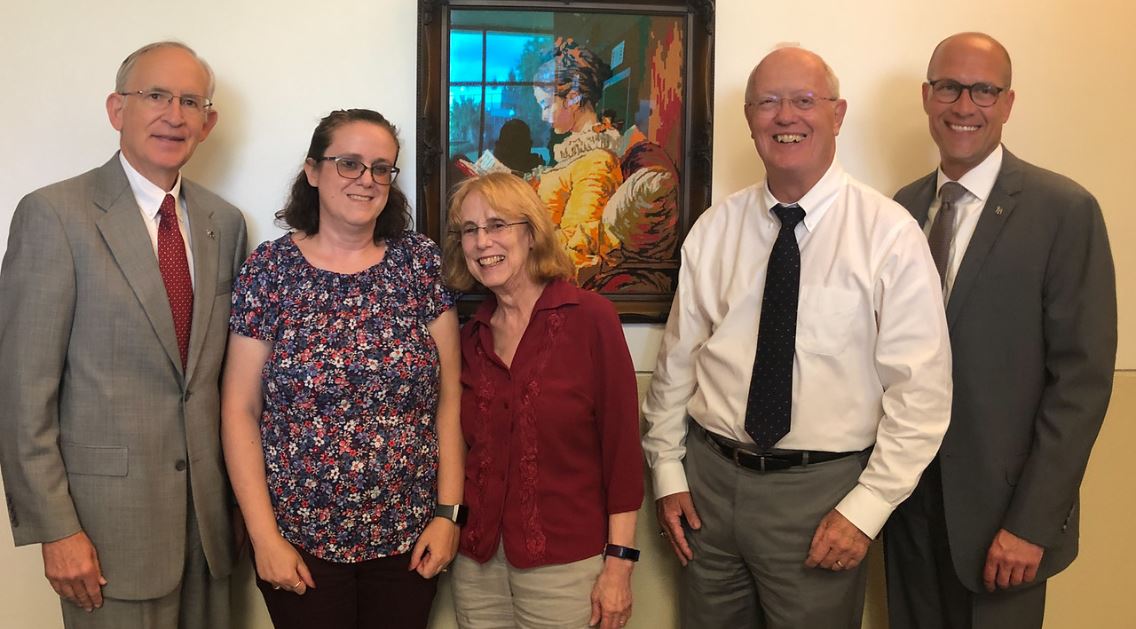 A reception was held Wednesday Aug. 21, from 4 to 6 p.m. to honor the artistry and efforts of a former Ferris reference librarian.

Ray Dickinson worked for the university for 38 years and was a respected devotee of needlepoint and cross-stitch work. Dickinson’s far-reaching contributions to Ferris will be detailed in the Reading Room of the Ferris Library for Information, Technology and Education and a ceremony will be held to install his replica needlepoint of the Jean Honoré Fragonard painting “Young Girl Reading,” donated by his family.

In addition to helping students with research, Dickinson was a cataloger, government document librarian, map and census librarian, and patent librarian in the patent and trademark depositor library. He said that he had the most fun working with inventors seeking to understand the patent process. Through his tenure, he served about 2,500 inventors in West, Central, and Northern Michigan. He retired from Ferris in 2006.

Service was important to Dickinson. He worked with the university’s Honors Program for 11 years, chaired numerous library and university-wide committees, and was a member of the university’s Academic Senate. He was also the faculty advisor to Alpha Phi Omega, a social fraternity, for nine years, as well as the faculty/secretary of Omicron Delta Kappa, the national leadership honors society, for four years. He received the Student Affairs Staff Appreciation Award in 2004.

Many wonderful photos were taken at the event.