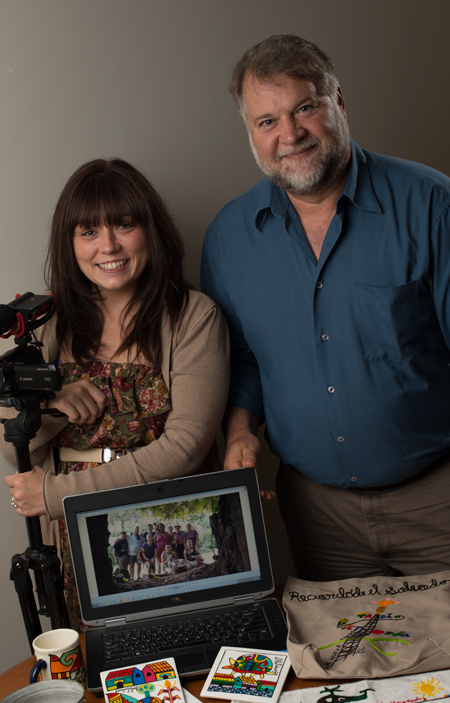 The International Educator of the Year Award honors a member of the academic community who exemplifies a high level of achievement in international education. Michael Berghoef, Professor in the College of Arts, Sciences and Education since 1997, has been chosen as the recipient of the 2016 Educator of the Year Award. Berghoef is being recognized for the tremendous role he has played in internationalizing the social work program and the Ferris community in general. Nominator Tony Baker wrote that Berghoef has "[extended] the boundaries of learning at Ferris" which "connects students to the international communities here in Michigan, in Chicago, and abroad." Baker continues, "Mike not only teaches students about the global world around them, he encourages the global experiences to allow students to expand their worlds."

In the area of curriculum development, Berghoef created a study abroad program in 2011 to El Salvador that is highly regarded and gives students an immersion experience with the country's history and culture. The program has 12 Academic Service Learning sites and 20 area agencies giving students a wide variety of experiences in areas such as orphanages, prisons, impoverished schools, and with gangs.

In addition to El Salvador, Berghoef has traveled to the Netherlands, Costa Rica, and Mexico to develop international internship sites and exchange opportunities. Berghoef is the International Studies Minor advisor and has worked tirelessly to rebuild the program. His leadership has also extended to the Center for [email protected] Studies, which he was instrumental in establishing.

Regarding scholarship, nominator Janet Vizina-Roubal, wrote of Berghoef, "He is viewed as the expert in international social work issues." In 2014 Berghoef was a presidential election monitor in El Salvador. He has shared his experiences of being an election monitor as well as on other topics at conferences in the U.S. and internationally.

Berghoef has been engaged at bringing new experiences to the Ferris campus and to West Michigan. He hosted a filmmaker who screened a documentary about Honduras land rights, brought a group from Cuernavaca, Mexico to speak on Spanish language study abroad, invited delegates from the El Salvador Sister Cities to speak on social justice issues, and served as the Ferris Liaison to the Grand Rapids Latin American Film Festival.

Berghoef earned an M.S.W. from Western Michigan University and a B.A. from Calvin College.