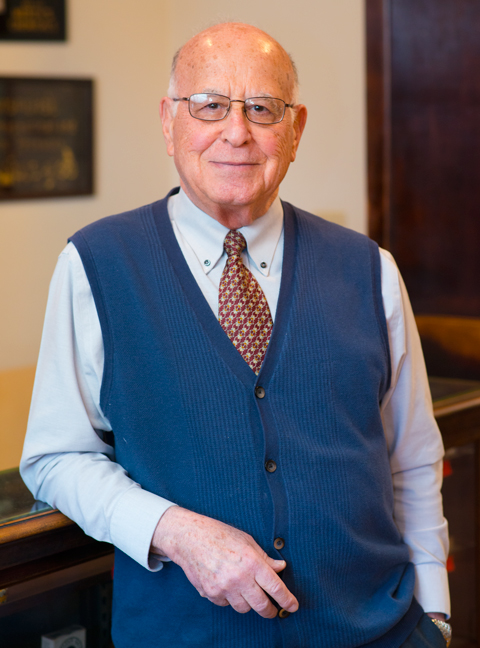 For his significant efforts in promoting diversity at Ferris State University, Adnan Dakkuri, professor of pharmaceutical sciences, has been chosen as the recipient of the 2016 Diversity Enhancement Award.

In her letter of recommendation, Olukemi Fadayomi writes, “Dr. Dakkuri has played pivotal roles in promoting diversity and inclusion within Ferris’s community and beyond.” She continues, “Adnan aims at increasing awareness about a different culture and creating a dialogue between American students and international students.”

The Diversity Enhancement Award Committee noted that, “Adnan has demonstrated decades of dedication in enhancing diversity campus-wide through teaching and other activities. His specific focus on expanding the student population’s understanding of Arab populations and his strive to make campus more accepting and understanding of diverse populations make him the perfect selection for this award.”

One area that shows Dakkuri contribution to diversity is the Bridging Cultures and Faiths Project funded by the Office of Diversity and Inclusion. In this project, students, faculty, and staff visited two mosques in Grand Rapids. The attendees had an opportunity to observe Friday prayer and later, speak with members of the Muslim community.

Dakkuri has visited more than 40 countries and says, “The more I travel, the more I appreciate the uniqueness of each nation, yet the connectivity among all nations. Our goal as individuals interested in diversification is to convey to our students and colleagues this concept of uniqueness in the hope that we become genuinely (versus superficially) tolerant citizens of the globe.”