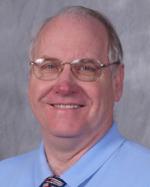 Robert McCullough, an associate professor of Mathematics, has taught algebra, trigonometry, calculus, operations research, discrete structures and numerous computer science classes over the past 25 years at FSU. His special interest lies in the mathematics needed for space exploration, and he regularly reviews publications for science books and films. As a regional resource person for the National Air and Space Museum, he has given more than 100 presentations on space exploration.

McCullough is the author of the textbook Mathematics for Computer Technology, which has been used by 90 colleges in eight countries. He has done extensive research, writing and speaking about the mathematics used by the Wright brothers to prove that flight was possible. His lifelong interest in space exploration led him to be selected as a Regional Resource Person for the National Air and Space Museum in 1981. In this role he has given over 130 talks to various groups on aerospace topics. 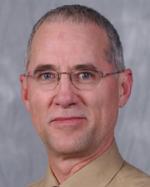 Fred Heck has been a Ferris faculty member since 1988 and is the resident geologist at the University. He is an advisor for the Pre-Pharmacy program and teaches non-geology majors about Earth's wonders through courses in physical and historical geology, hydrogeology and earth systems science.

Heck's teaching philosophy assumes students will learn better if they are more actively involved in their learning, so his classes work together in cooperative learning groups and make frequent excursions to the local countryside. He has led students on two-week geology field trips to the Canyon Country of the southwest United States, the northern Rocky Mountains, Michigan's Upper Peninsula and to Martinique.

Dr. Heck developed a new Integrated Science Teaching major in 2003 and attended a workshop on designing courses in the Geosciences that was sponsored by the National Association of Geology Teachers and the National Science Foundation.