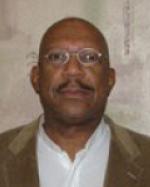 Phillip Middleton, a professor of English, Literature, and World Languages, teaches composition as well as Black literature, African literature, and Shakespeare. He has served as a Fulbright scholar in Sudan and in Romania and was awarded another Fulbright grant to teach in Syria.

In addition to having an interest in cultures that are at the forefront of world politics, Dr. Middleton also embodies traits common to virtually all Fulbrighters -— being a willing host for the travel bug and having an unbelievable desire to learn. He's looking forward to visiting Jordan and Lebanon, where he’s never been and to re-visiting Turkey.

"To understand another culture takes a long time. You bring back the knowledge that you’re not going to learn everything about a country or culture, but you can bring back a better understanding," Middleton said. 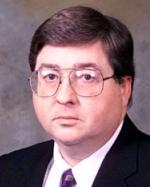 David Hanna, an associate professor of Construction Technology and Management, joined the Ferris faculty in 1992. He received the 1996 Dow Outstanding New Faculty Award and the 1997 Outstanding Teacher Award from the American Society of Engineering Education.

Hanna has extensive experience with consulting engineering and construction management firms in the areas of project management, value engineering, design, administration and marketing. David's success in the classroom is based upon the belief that all students can learn when properly motivated to do so. According to Hanna, when educational objectives are clear, several methods can be utilized to match the various learning styles of students.

David's many years of construction work, professional design and teaching have solidified his foundation principles and helped him achieve the results both he and his students desire. His beliefs and teaching strategies dictate that construction education must have an applied interdisciplinary base, be holistic in nature, build each student's skills in communications and presentations, be both practical and intellectual, and emphasize creative ability, rational evaluation skills and students' ability to solve problems independently as well as in interdisciplinary teams. 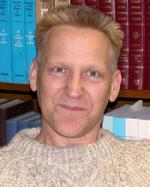 David Aiken, professor of Humanities, Philosophy and Religion, has earned high praise from students for his teaching philosophy. "I interact personally with students because I believe that philosophical thinking is personally relevant to daily happiness," Aikens said. "It is my responsibility to transmit information, but also to find the key that allows students to receive information and make it their own."

Professor Aiken had his article entitled "Nietzsche’s Zarathustra. The Misreading of a Hero" published in the 2006 volume of Nietzsche-Studien (Germany).