Cultural Exchange on the Silk Road

Mixing historical facts and personal experience from during his visit to China, Dr. J. Randall Groves illuminated what scholars widely consider the largest trade route in ancient history: the Silk Road. In another installment of the Humanities Department's successful Colloquium Series, Dr. Groves delivered a presentation on February 2nd in Ferris State University's Music Center about the Silk Road's legacy and impact. In its infancy, the trans-continental trade route was simply used to transport silk, gold, and other amenities, but it soon encompassed religion, technology, and culture. 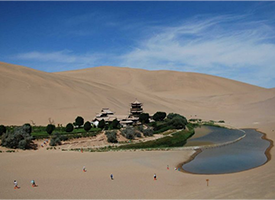 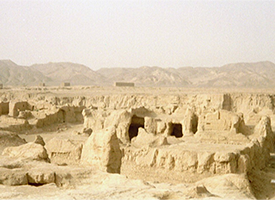 “My main field of research is comparative civilizations, so I was able to recognize elements of various cultures as I encountered them,” said Groves.

While primarily spanning China, the Silk Road incorporated India, the Middle-East, Eastern Africa, and even Rome into its seemingly endless network. Around mountains and through deserts, the Silk Road was a unifying force that ascended the heights of human engineering, mercantilism, and organization.

Last summer, Dr. Groves spent two weeks traversing over 7,000 miles of China. Photographs from his trip, along with his insights into philosophy and comparative religion, detailed the Silk Road's influences on all the nations it connected. The inevitable transference of culture shaped the modern beliefs of many prominent religions, including: Buddhism, Taoism, Confucianism, Islam, and Judaism.

“I teach both Eastern and Western Religions, and I encountered artifacts that were from several of the religions I teach,” added Groves.

Dr. Groves also observed how this major trading highway created hubs of civilization during its maturation, some of which became impressive archeological sites.

“Because of the climate in the Taklamakan desert, many manuscripts and artworks have survived that would not have otherwise. The first printed book, for example, the Buddhist Diamond Sutra, was discovered in the Library Cave at Dunhuang,” Groves stated.

Today, the road stands as one of humanity's crowning achievements. By putting aside petty differences, countries across Europe, the Middle-East, and Eastern Asia built a network of roads that survived centuries and led to mutual prosperity. While the spread of diseases, most notably Europe's “Black Plague,” and imperialism by foreigners were inevitable side-effects of the Silk Road's success, its contributions to the sharing of knowledge and goods is often regarded as a precursor to the modern internet's potential for commerce and transference.

“The Silk Road is also important for the rethinking of the rather large issue of the rise of the West. Some have argued that the Silk Road was a key part of a worldwide economy, which is meant to counter the idea that the great civilizations of the West, China and India were largely separate economically,” concluded Groves. 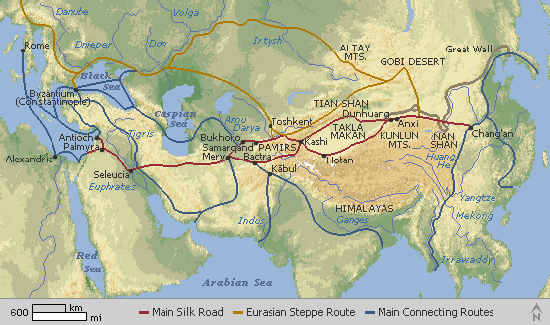