America has made significant progress in the journey towards honoring its initial pledge of valuing equality; however, racism, sexism, and systematic exclusion remain prevalent. As a living testament to America’s periods of bigotry, FSU’s Jim Crow Museum exhibits anti-Black caricatures and racially demeaning symbols from the past. To expand upon the museum’s goal to increase awareness of issues of race and ethnicity, FSU professor Dr. Sandy Alspach presented “Stories from Jim Crow’s Museum.” As part of the Humanities Department’s Colloquium Series, Alspach’s presentation referenced her 10 years of work with FSU’s museum and the historical impact of racism on our nation. 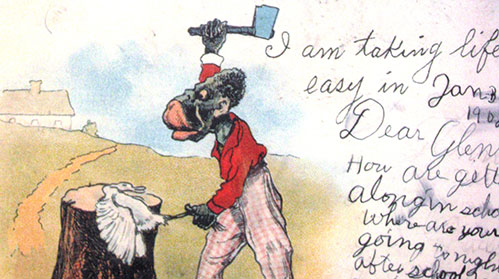 With a wealth of experience in the field, Alspach began addressing bigotry as a faculty member at Hope College in 1987. At the time, Alspach was teaching inter-cultural communication courses and advising a multi-cultural student group. During these advising sessions, Alspach discovered inclusion problems at the school and described the student group as, “a group of disenfranchised young people of varying 'colors' and nationalities who reported to me that they had been 'tokenized' through recruitment and scholarship 'bribes' to come to the college to help the appearance of diversity.”

Upon securing a position at FSU, Alspach began training as a ‘facilitator’ at the Jim Crow Museum. Along with Curator Dr. David Pilgrim, Alspach lead tour groups and helped the museum’s growth, which has swelled to a collection of over 4,000 items. The Jim Crow Museum’s collection not only raises awareness of racist imagery, but also educates visitors on how to overcome the irrational impulses that lead to xenophobia. The museum forces visitors to face the humiliating and offensive nature of anti-Black propaganda figures, such as: Mammy, Tom, Sambo, Coon, Golliwog, and many others. 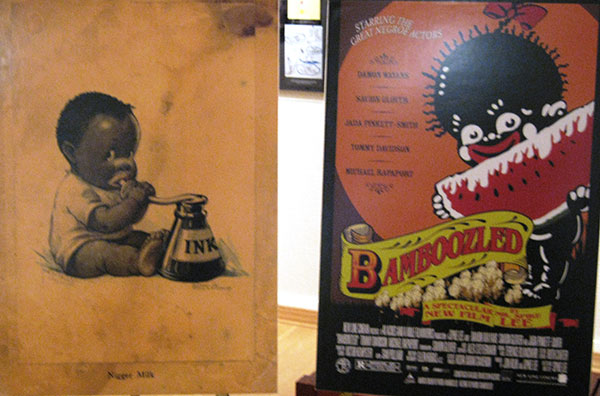 Alspach’s colloquium presentation dissected the museum’s collection by incorporating the three response stages that she’s observed as a facilitator: dissonance, neutrality, enlightenment. According to Alspach, Wood and Harding’s “Stand-point Theory” is also helpful during interpretations of the museum. Essentially, the theory dictates that citizens are only able to see through their own position in society. For instance, most Whites during segregation where supportive of the institution, because society favored their position. It took the Black-led civil rights movement to educate the empowered demographic on the horrific nature of systematic oppression.

“A perspective of privilege and power… becomes invisible to the person who takes it.  So, we don't see the inequities unless we have been denied them,” Alspach added.

By educating visitors to the Jim Crow Museum, Alspach’s work continues to close the distance between people off all creeds and backgrounds. By stamping out ignorance, isolation, and dissociation, Alspach’s work will continue to improve the state of race relations across Ferris State University and our entire community. Further information on the Jim Crow Museum is available at their website.