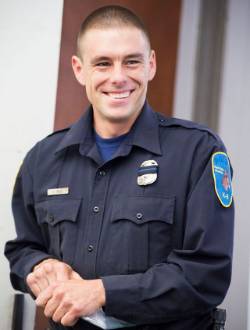 Sergeant Collin Rose succumbed to a gunshot wound sustained the previous day while questioning a suspicious person near the university's downtown campus.

At about 6:30 p.m., Sergeant Rose was in an area that had experienced numerous thefts from vehicles the previous day. He informed dispatchers that he was making contact with a suspicious person in front of 3650 Lincoln Street. During the encounter, Sergeant Rose attempted to detain the man but the subject suddenly pulled out a gun and shot him in the head.

The subject fled the scene but was arrested in March 2017 after shooting at three Detroit police officers who were attempting to make contact with him. He was charged with Sergeant Rose's murder in August 2017. The case was dismissed on Jan. 3, 2019 after the suspect was deemed mentally unfit to stand trial.

Sergeant Rose was a member of Police Unity Tour.