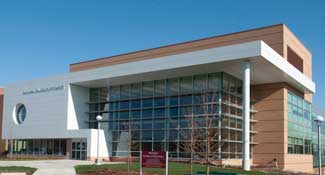 A History of the Michigan College of Optometry

A Vision Realized is the history of Ferris' Michigan College of Optometry, a story of the college’s founding, growing pains and the professional innovations it blazed during a journey from its "temporary" home to its new state-of-the-art facilities.

Illustrated by many archival photos, A Vision Realized celebrates the pioneering spirit of MCO students, alumni, faculty and staff.  The Michigan College of Optometry truly began as a “vision” that was deeply improbable despite the great need it aimed to meet.  More than half a century after it was first envisioned, the MCO has not only met the extraordinary goals it set for itself – it has exceeded them.

In addition to chapters that follow the MCO's growth decade by decade, there are sections that explore the growth of optometric practice and how the college met those changing needs, as well as life within the college, and much more.

From A Vision Realized:

In the summer of 1975, the entire College of Optometry (including the dean's office, associate dean's office, administrative secretary's office, three faculty offices, library, conference room and staff lounge) was temporarily housed in Room 107 of the Science Building. During that summer, spaces in the West and Alumni buildings were remodeled to house the program and the college moved to the West Building in September. A five-year plan called for the construction of a new building for the program near the new Pharmacy Building and the planned Allied Health Building on the west side of campus.