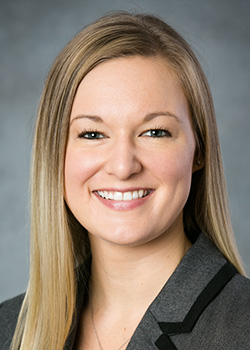 Kristin O’Brien earned a bachelor’s degree in Applied Science in 2008 and a Doctor of Optometry degree in 2013 from the Michigan College of Optometry. She is a practicing optometrist who owns her own practice in Denver, Colorado.