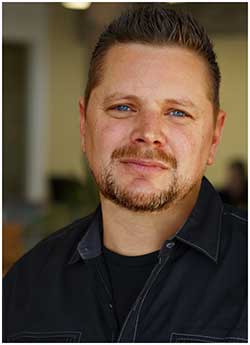 Jonathan A. Barrera Mikulich graduated from Ferris' College of Business in 1993 and completed advanced studies in 2013. He is co-founder and director of brand strategies for Vias Latino Market Consultants of Grand Rapids, Michigan. His work on an infographic for his blog and consultancy, Latino Branding Power, was curated for display in the Smithsonian Institution in 2015.

Latino Branding Power was awarded as Hispanic Business of the Year in 2013 by the West Michigan Hispanic Chamber of Commerce, and Mikulich has won 2012 and 2013 graphic design awards from Graphic Design USA. He is active in the Grand Rapids community as a member of the AIGA West Michigan Diversity and Inclusion Council, and he served as a board member for the Mexican Heritage Association of Grand Rapids from 2003 to 2009, serving as board president in 2010.

Mikulich has been a guest panelist for the Grand Rapids Area Professionals for Excellence speaker series and a guest panelist and presenter for the Latinos in Social Media national conference in New York.

Mikulich has served Ferris State University as a marketing consultant for its Center for Latino Studies and its Latino Business and Economic Development Center, and he was profiled in the Fall 2015 edition of Ferris Magazine. He has participated in Ferris' Alumni Jazz Ensemble since 1994.