The Start of a Legend

One of the legends around Ferris Industrial School/Ferris Institute was Charles Carlisle, nicknamed Tommy by the students who knew the English writer, but did not notice the difference in name spelling.

There is a story, perhaps apocryphal, that the dimunitive -- he was five feet two -"Tommy" Carlisle spent six years in the seminary studying for the priesthood, when one day the Bishop came through the seminary and said, "Carlisle, you are too short to become a priest, get out."

Highly educated, and a great public speaker, Carlisle became a teacher in Ionia. He was known for his expertise in public speaking.

In 1891 Mr. Ferris hired him for one of his summer institutes. Ferris liked him, and in 1892 Ferris wrote Carlisle to say:

"I have taken it for granted that you and I have an understanding for next summer. Now then, Carlisle, the time is probably drawing near for you to talk with the Ionia people for next year. There is no doubt but you and I can make a bargain for all of next year. Will you kindly give me a proposition involving some of these points, proposition to cover 12 months' work. You are to give 30 entertainments during the year outside of Big Rapids. You are to have so much salary for 12 months and one-half net profit of the 30 entertainments. Can make proposition for 12 months, five days a week, classes falling within eight in the morning and five at night, and you have all tuition outside; or, 12 months' proposition and you fix rates and get all you can out of the Industrial, seven days in the week, 52 weeks in the year, etc. 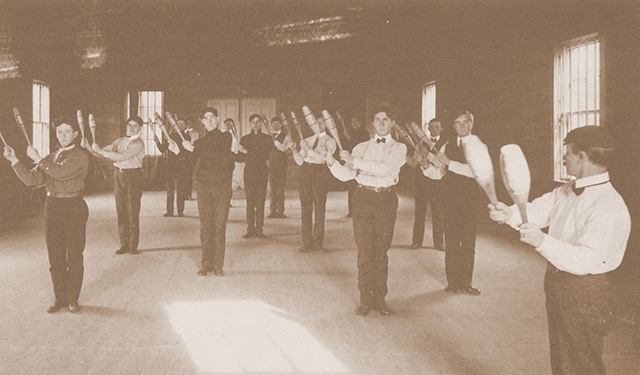 Although he personally did not care for athletics, W.N. Ferris was a strong proponent of physical culture. Charles "Tommy" Carlisle taught physical culture classes at Ferris until he was nearly 85 years old. Here a young Carlisle puts his class through their paces in the first gymnasium in the Music Hall around 1910. 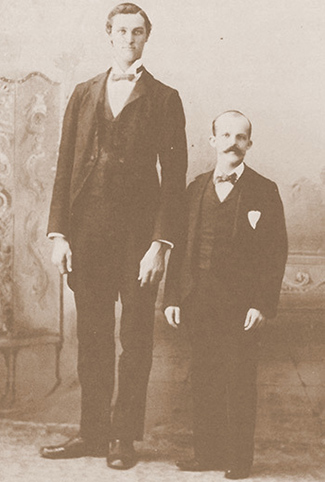 By 1905, Carlisle was beginning to lose his hair, as shown in this picture take with Tunis Cole, who was 6-feet-6 1/2. Naturally Cole, and later his sons who were equally as tall, played basketball at the Institute. Tunis Cole became one of the early maintenance crew workers at the institute. 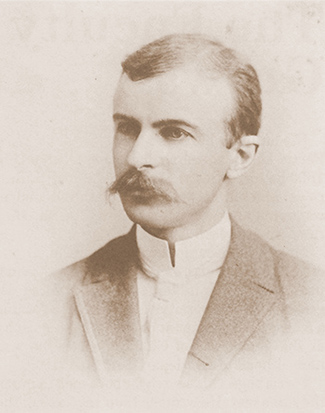 Although he was only 5-feet-2, Tommy Carlisle packed a terrific punch in terms of the impact he had at the school. Always dapper, he looked like the above photo when he came to the Industrial in 1891. 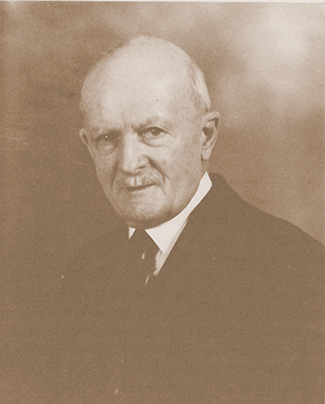 After 45 years of service to the students of Ferris, Carlisle still sported his little moustache.

Charles Carlisle did make Mr. Ferris a proposition, which was accepted, and he stayed for45 years. (His term was the longest in school history. Mr. Ferris' tenure was 44 years.)

In a day lacking official deans of students or professional counselors, Carlisle was all that such positions would today demand. Vibrant in personality and a dynamo of human energy, his teaching included instruction in physical education until he was 84 years of age. His interest in public speaking and elocution for which Mr. Ferris hired him earned him many laurels. He was self-taught in foreign languages and music and could practice these arts with expertise.

His life was one of complete dedication to his students, and he died penniless, having given all of his personal resources throughout the years to needy students. He is often credited with attempting to establish the school's first organized library.