In the mid 1960's students began grumbling about having to live on campus in the residence halls, and some student leaders began making demands for more voice in the administration of the college. Mostly, however, spring fever hit in the warm days just before final examinations, and there were panty raids and false fire alarms designed to get students out of the buildings where they would mill around the campus making as much noise as possible.

Civil rights, campus food service, dormitory rules and the Vietnam war were the most frequent causes for protests among students of the time.

In February of 1969 there was an incident on the Ferris campus involving several students in a dispute over a black student who was dating white girls. On March 2, 1969, black students took over the Ferris Library, and on March 3 they took over the Starr Educational Center, which housed administrative offices. Some students were subsequently arrested and forcibly taken from the building. Things quieted down and black/white relationships generally were amiable again.

That spring, as another outbreak seemed imminent, the newly elected presidents of the NAACP and student government worked hard at keeping things under control. Eventually they made a "friendship" pact. Students went around campus wearing unity ribbons.

Historically the "Institute" was ahead of its time in the matter of recognition of black students.

Long before it became stylish to report minority enrollments, Ferris Institute had a number of black student enrollees.

Mr. Ferris made a printed announcement in 1906 that "The Ferris Institute is thoroughly democratic -- that is to say, it is a school for all people regardless of race or station."

Privately he told his associates that he didn't want to hurt anyone's feelings; thus, he would not deny admission to anyone who was of good character. 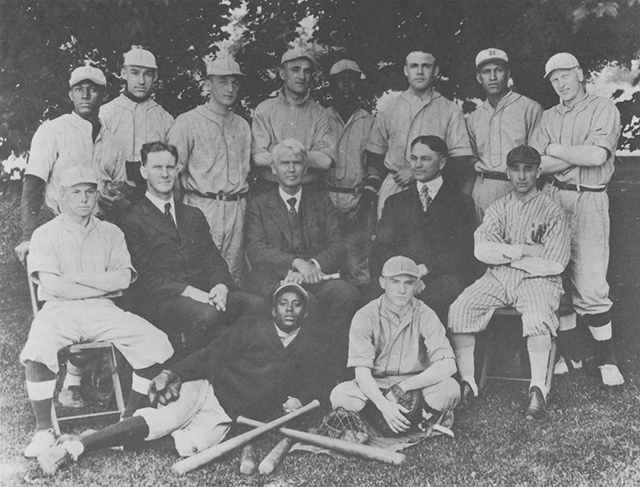 Ferris Institute had a long tradition, begun by Mr. Ferris, of opening its doors to minority students. Here W.N. Ferris, seated in the center, is surrounded by members of the F.I. baseball team of 1919. At Mr. ferris' right is Grover C. Baker, physics and mathematics instructor. At his left is Gerrit Masselink.

The Institute's admissions statement in 1938 reiterated that "Ferris welcomes as a student any sincere man or woman regardless of his or her race, age, or previous educational experience," and when the Board of Control for the new state college set its goals in 1953, it repeated that concept in its statement of purpose.

From the early 1900's until the mid 1930's there were enough black students at Ferris to be counted. Masselink wrote to a student in 1928 to report that during the last 15 years there had been from 15 to 25 black students enrolled at the Institute each year. These students were among a student body of approximately 1,000.

Mr. Ferris had to provide special rooming and boarding places for the black students in town. Many families did not want to take them, but usually there were a few residences which would.

At a morning exercise in 1910 before star athlete Gideon Smith came to the Institute to enroll, Mr. Ferris read from Booker T. Washington's, Up From Slavery, as a preface to Smith's entrance to the school. Smith later went to Michigan State Agricultural College where he was the first black man to star on the football team.

When Masselink had to defend his school's position on allowing some students to put on a minstrel show in 1928, he cited a situation "some years ago" where the students raised $300 for Booker T. Washington's Tuskegee Institute.

The Nov. 22, 1927, issue of the Institute News carried a story headlined, "Colored Educator Speaks." The story reports a speech by Philip L. Pryor, "a colored educator and author" from Fairfax, Va., who was of slave parentage.

Pryor reported, "In the short time that the Negro has been liberated he (the Negro) has cut the percentage of illiteracy from 99 percent to 44 percent; that in this short time he has accumulated real estate which is valued at one billion seven million dollars; that at present there are 14 million colored people in the United States, and that a large amount of money used for the education of these people has been received through religious institutions . . . ."

After the Civil War a cluster of black families settled in the Remus area, and among the football teams played by the Ferris team in the mid 1900's was the Remus Colored Giants. 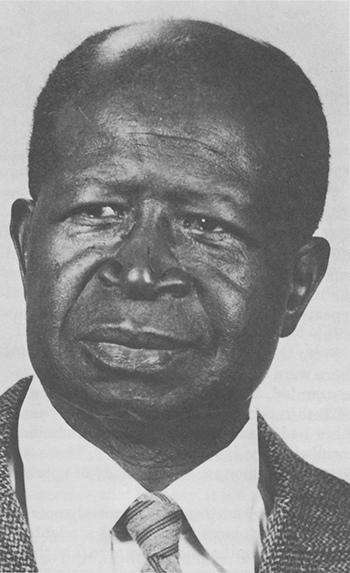 On the outskirts of Big Rapids a black man established the Wilson Violet Farm, touted as the largest single grower of violets (they used to be very popular in corsages) in the nation. When Mr. Ferris was having trouble finding rooms for black male students, Walter Wilson offered the black male students quarters at the violet farm and gave many of them jobs. But the violet farm was too remote from the campus, and it created a problem for the students to get to class. So this, too, faltered as living quarters.

After the dormitories were built starting in the mid 50's, there were reports at the beginning of each fall quarter that some parents had pulled their son or daughter out of school when they arrived on campus to find that he/she had a black roommate. There were other stories about white students not telling their parents that they had black roommates.

The school has bestowed honorary degrees on two black alumni. In 1957 Alfred E. Thomas, M.D., a practicing physician in Detroit, was given an honorary doctorate, and in 1965 Russell A. Dixon, D.D.S., dean of the Howard University College of Dentistry, was also so honored. Lowell Perry, who had served on the FSC Board of Control, was given an honorary doctorate in 1975. Gideon Smith was also given a Distinguished Alumnus Award in 1961.

On January 1, 1981, a second black person began a term of office on the Board of Control. She was Hurticene Hardaway, a lawyer for the City of Detroit.