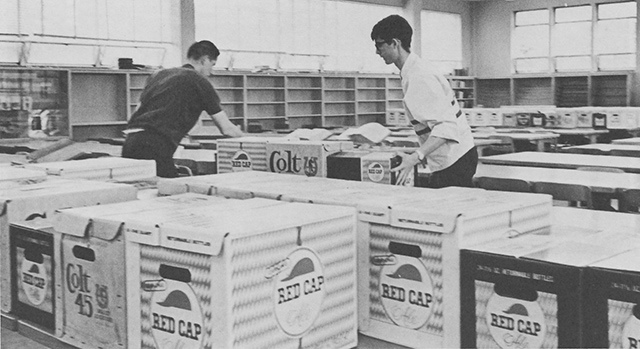 Although he was a great reader and encouraged the reading habit among his students, W.N. Ferris never had time to start a "real" library for the Institute. It was not until after Mr. Ferris' death that a library was created.

Until that time, Mr. Ferris had only a shelf of books lining a wall of the study room, and students looked at them on an informal basis.

After the Phelps estate was settled, and the community started a library in the Phelps House, now the Mecosta County Museum, Mr. Ferris referred the students to that library for their research and recreational reading, and in his correspondence referred to the Phelps Library as a part of Ferris Institute.

(Fitch Phelps, one of the monied gentlemen of Big Rapids, promised W.N. Ferris $1,000 if he would name a child for him, and the Ferris' younger son was named Phelps Fitch Ferris. When the estate was being settled in 1898, Mr. Ferris was the executor.)

"Tommy" Carlisle is credited with being the first Ferris librarian and with organizing its books in the early 1930's. In his 80's at the time, Carlisle still continued to teach public speaking and serve as full-time librarian. 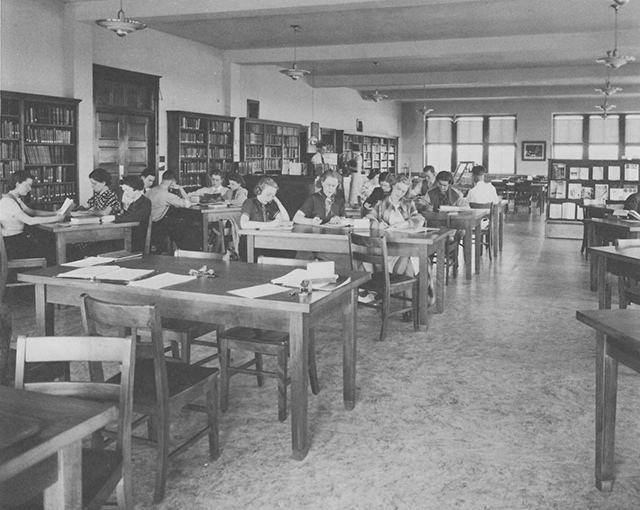 The original library at the institute was tarted in 1940 in the renovated shorthand room on the third floor of the pharmacy annex. It boasted 6,000 volumes, most of which were destroyed in the 1950 fire.
"Tommy" Carlisle is credited with being the first Ferris librarian.

The first certified librarian hired was Clarence M. Mitchell who came to Ferris in the 1937-38 school year. In 1940 he established a library of about 6,000 books in the renovated "shorthand assembly room" in the Pharmacy Building. Mitchell went from Ferris to Alfred University as librarian where he remained until his retirement in the 1960's. 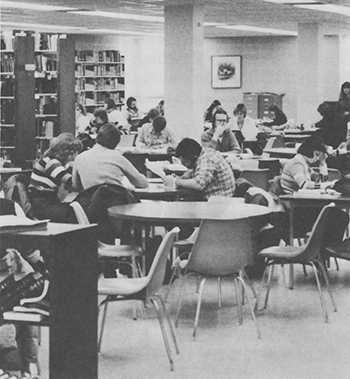 She remained to head the Library staff, eventually being named Director of the Library, until her retirement in 1974. During her tenure the Library occupied four locations. The first Library was located on the second floor of the old Pharmacy Building. When the fire destroyed the building, it destroyed nearly the total collection of books. All that remained were about 250 books which were in circulation over that term break. The Library was then set up in one of the barracks.

After the West Building was completed in 1952, the Library occupied the third floor there, and the collection grew from those few books left from the fire to more than 70,000 shelved books. 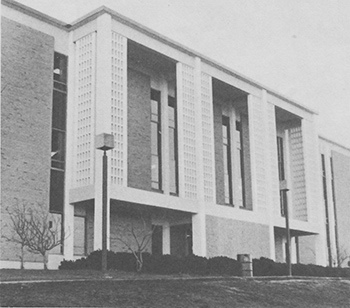