The Birth of a City 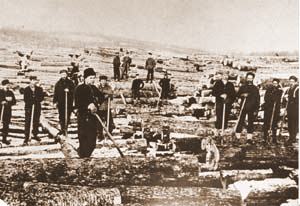 When George and Zera French came through the wilderness by the big rapids in West Central Michigan in 1855 to select a site for permanent homes, they could not perceive that a century later this wilderness would have become the site of an internationally known college.

In that visit on that early March day, George and Zera French found a rough camp for lumberjacks where they were entertained hospitably overnight. The following morning they constructed a log raft and crossed the river. The snow was several feet deep and yet the view through the forest was spectacular and they determined to locate there.

They could not perceive that this wilderness would become the site of an internationally known college. 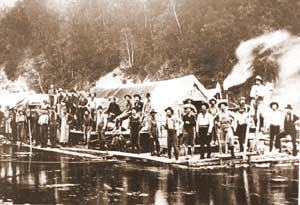 Originally called Leonard, the town grew and prospered, profiting from the vast forest of pine which was chopped and floated down the Muskegon River to the metropolises where the wood was used. At first people avoided the name of Leonard saying "I'll meet you by the big rapids," and thus the town took on the name of Big Rapids when it got its first post office.

(Photos) When George and Zera French came to Northern Michigan in search of a site for a permanent home, they settled on what became Big Rapids. That area, rich in timber, was already a major logging center at the time. That industry, however, soon began to wane so residents turned to making equipment related to logging, such as saws, blades and sharpening tools. Several of those firms remain today.

This 1883 Rand-McNally map of the lower peninsula is reprinted from an issue of a local newspaper of the time. It shows the Mecosta County townships at the time of W.N. Ferris' arrival and big Rapids' railroad connections to the rest of lower Michigan. 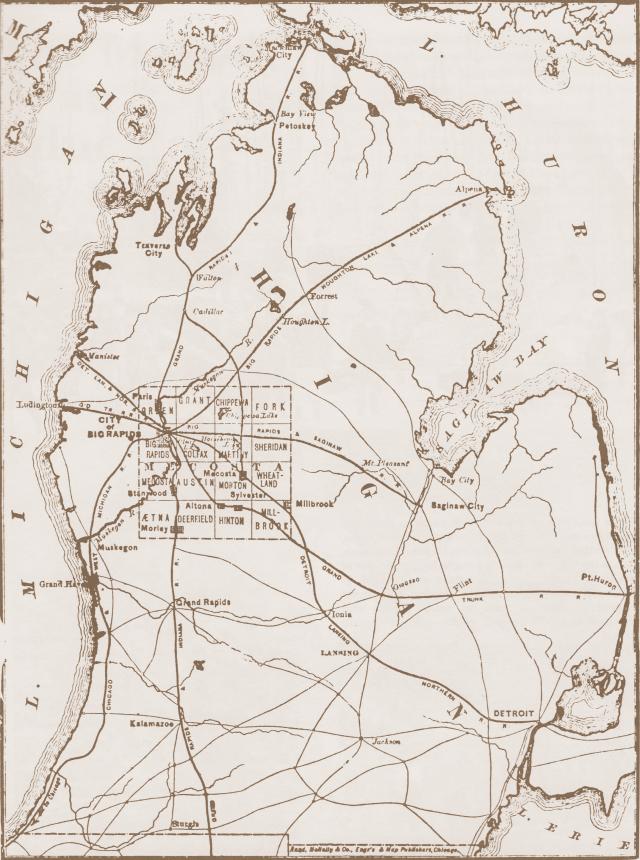