Merrill/Travis was built in 1961 and was named after Karl D. Merrill and Bert S. Travis.  Karl D. Merrill (’04) who both attended and taught at Ferris in commercial subjects. Merrill also was Dean of Commerce, Dean of Men and vice-president (1937-1941) and acting president (1952).  Bert S. Travis (’92) was another early graduate who returned to teach at the school. Among his subjects were civics, mathematics and spelling. He also worked in the business office. He co-owned part of the school between 1921-1931.

Laundry on each floor

Two study rooms on second floor in both buildings

Resident Advisors: Merrill/Travis has 6 RAs, one on each of its floors.  RAs are student employees that are community leaders and meant to aid students living on campus.  Each RA has designated residents assigned to them, primarily based on floor location.

Senior Staff Advisor: The senior staff advisor is a student staff member that manages operations of the front desk and various RA tasks.

Hall Director: The Hall Director is the professional staff member in charge of day-to-day supervision and overall management of the staff and building.
Meet the Merrill/Travis Hall Director

Travis Hall offers a mix of single style bedroom suites and three per suite style rooms.  Merrill Hall offers studio suites where each student has both bedrooms and the bathroom to themselves.  This allows a student to create a separate sleeping area from their living/study area if they wish.

Each suite has their own bathroom

Merrill/Travis Hall is located in South Campus.  Merrill/Travis is near the IRC, Business, the Market, the Rock Cafe, and is directly across the road from the sports complex. 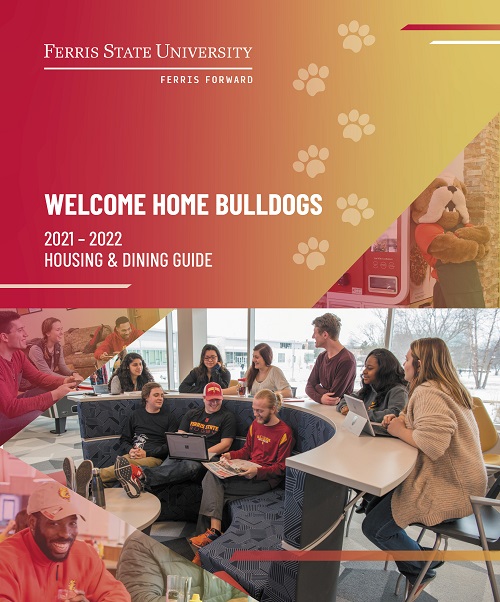