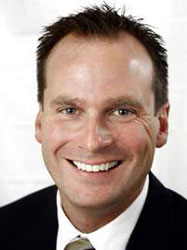 James Maher graduated from Ferris State University in 1994 with a degree in Construction Management and has been a licensed home builder for more than 19 years. His accomplishments include being named in Crain’s Detroit Business "40 Under 40" class of 2008.

In 2009, he was the recipient of Qualified Remodeler magazine’s prestigious Top 500 award for excellence in the residential remodeling industry, and he also received the 2009 Oakland County Community Commitment Award for preserving an architectural landmark -- a World War II-era Quonset hut in Walled Lake. The building, which had been vacant for many years, is now the corporate headquarters for Maher’s company.

Maher serves on various civic and community groups, including the Walled Lake Urban Design Committee, the Wixom Planning Commission, Rotary, and the Fraternal Order of Police.