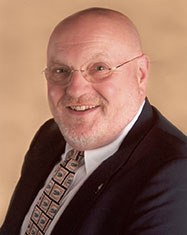 John Trestrail graduated with honors obtaining a Bachelor of Science degree in Pharmacy from Ferris State University in 1967. From 1967-1968, he attended graduate school in the College of Pharmacy at The Ohio State University majoring in natural product chemistry. He followed his education by serving with the United States Peace Corps from 1968-1970 where he taught chemistry in the College of Agriculture at the University of the Philippines. During his time in the Philippines he was also involved with the provision of public health education and medical aid to the Mangyan tribe on the island of Mindoro.

Trestrail is recognized internationally as the foremost authority on criminal poisoning and murder by poison. He currently serves as the director of the Center for the Study of Criminal Poisoning in Grand Rapids, Mich. and has served as an expert consultant in many criminal poisoning investigations to law enforcement and attorneys.

As the author of numerous books and articles on the topic of criminal poisoning and toxicology, he has given many seminars over the years on “Murder by Poison!” and “Poisoners Throughout History” which have been received with wide acclaim by audiences throughout the United States, Canada, Europe and Asia.