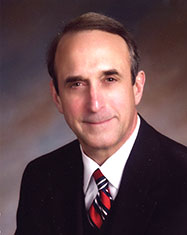 Brent Knight graduated from Ferris State University in 1968 with a degree in Business Marketing. Three years later he obtained his Doctor of Education in educational leadership from Western Michigan University. He began his professional career at Illinois’ Triton College in 1971 holding various administrative posts before becoming president of the college in 1976. He has held several other leadership positions in his career, including presidency of Pierce College (1985-1989) and Morton College (2003-2007), and from 1996 to 2000 he was president of Investment Resources, Inc. Currently, Knight is president of Lansing Community College.

A few of his major accomplishments during his tenure at Morton College included the establishment of a Blue Ribbon community effort to respond to the changing needs of the community; development of new branding and extensive public relations efforts; and spearheading the effort to change the percentage of Latino administrators at the college from one administrator to a majority—as the student body is 74 percent Latino. He was recognized by the American Council on Education for including and advancing the careers of women in higher education and believes "a community college is for all who live in the community and can profit from what the college has to offer."