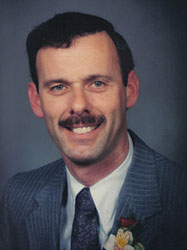 David has an extensive background in community service, having been a Big Brother since 1974, acting as a role model to nine Little Brothers over that time—two for nine years each and another for seven years. He has also been an assistant coach for Midland Special Olympics basketball and softball since 2004. Much of his support of the American Chemical Society emphasizes science education, including co-chairing Sci-Fest, a one-day fair aimed at getting children interested in careers in science.

He has served on the Advisory Committee for the Industrial Chemistry Technology program at Ferris and has also promoted the University by giving tours of the campus to prospective students. David makes his home in Midland.