Many times when one mentions W.N. Ferris' name, he or she gets a strange look and the question, "But didn't he believe in phrenology?" There is a phrenology head among the Ferris artifacts (photo, left), and there are some other evidences of the practice in Big Rapids.

In 1895 W.N. Ferris wrote a friend to thank her for sending Windsor's circulars. William Windsor was a proponent of phrenology, the study of the human skull's shape to determine mental faculties and character. He made his living by it. "I can't help thinking Mr. Windsor is a fraud," Ferris said. "The advertisements in connection with his circulars don't indicate scientific entertainment, nor dignified, professional conduct. Phrenology is not a science. It embodies a large practice of valuable observations."

In 1921 William Windsor, LL.B., Ph.D., a member of the Bar of the Supreme Courts of Wisconsin, Kentucky and Texas, and of the Supreme Court of the United States, published a book, Phrenology, The Science of Character, with an introduction by Gov. Woodbridge N. Ferris. Ferris obviously thought he would make some money on the publication because at one time there were many copies lying around the campus which had not been sold.

On the other hand Ferris wrote to the Editor of Phrenological News in November of 1895 to say:

"I have been studying Human Nature systematically for 25 years. I am now trying to devise a card on which will be stated in popular terms sufficient data for me to arrange what might be called an estimate of a student's mental resources. I have done considerable work on it but am not satisfied with what I have succeeded in doing."

This is the first record we have of W.N. Ferris trying to devise a placement system for his students to determine their aptitudes so that he would be able to tell how well they would succeed before they entered his programs.

In his letter to the editor of Phrenological News, W.N. Ferris said: 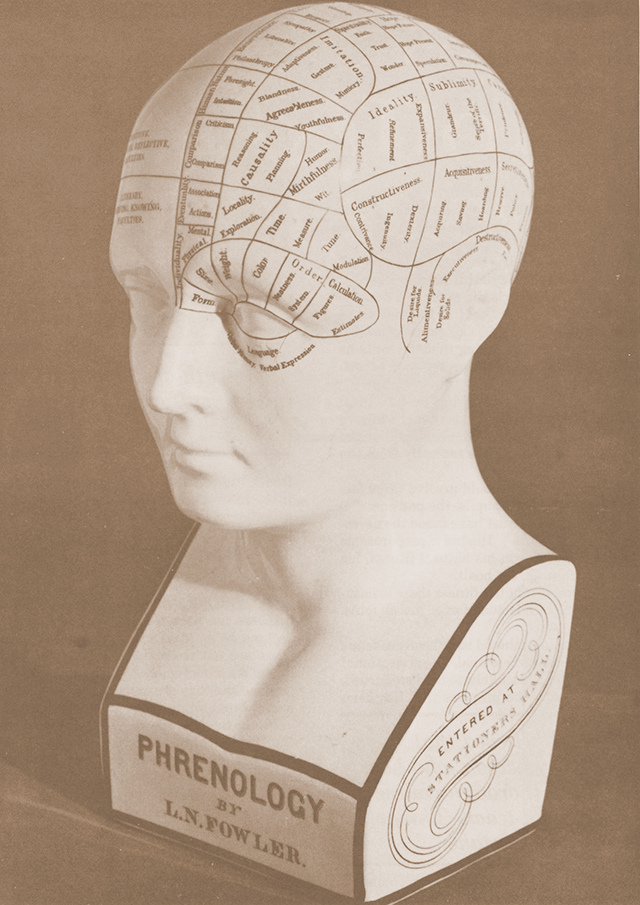 I lectured on Phrenology some 22 years ago and met with fair success. I speak of this so that you may know that I am familiar with the Phrenological nomenclature. I have made good use of Phrenology although I am not so radical in my views as men like yourself . . . .

"You will object to making the terms popular in the card outline, but if it could be made popular, I think it might be placed in the hands of many teachers who would otherwise be discouraged if they were compelled to use a Phrenological nomenclature. I presume you are a busy man and will find it hard to answer this question, but I have done considerable corresponding with several good men and am not satisfied with the results."

"I am trying to devise a card on which will be stated in popular terms sufficient data for me to estimate a student's mental resources."

"I send you my first catalog. In regard to Phrenology and Physiognomy, I take great pleasure in saying that these studies are taught, not in the regular day's work. An evening class is now studying very carefully physiognomy and expression. In a very short time I shall give daily recitations in the subjects relating to Phrenology. I wish you would bear in mind that we do not prepare men and women for professional phrenologists. We do give then the foundation, and of course, if a candidate can remain here long enough we would give a thorough preparation for the lecture field. In some respects my work is more scientific than that which is offered by some men who advertise very freely."

Many students have talked about having the bumps read on their heads, but there aren't any records that Ferris tried to teach classes in phrenology.