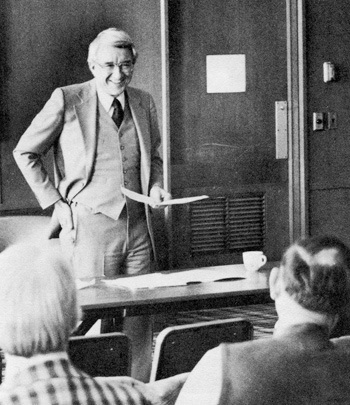 In the 70's Ferris State College got a new president, a faculty union, a College of Optometry, an ice arena and a golf course. None was received with unanimous enthusiasm. The College also got a new Allied Health building, the first instructional building designed exclusively for that school.

Robert L. Ewigleben, the 12th person named to the Ferris presidency, and his predecessor, Victor F. Spathelf, had several things in common. Both took over the presidency of Ferris at age 42, and both spent some unofficial time on campus before starting full time at their job as president. They also shared a strong belief in the Ferris mission.

Although he officially began his duties at Ferris in March 1971, Ewigleben was not inaugurated until October of that year. He preferred to call the ceremony an installation and insisted it be kept simple. Ewigleben continued his administration, keeping a low profile.

His arrival on the Ferris campus coincided with an austere budget year for the State of Michigan.

The budget prepared under Spathelf had asked for an 8.7 percent salary increase overall, but the governor had slashed the budget and recommended only a 6.8 percent increase for salaries. On top of that, U.S. President Richard M. Nixon had mandated a wage and price freeze. 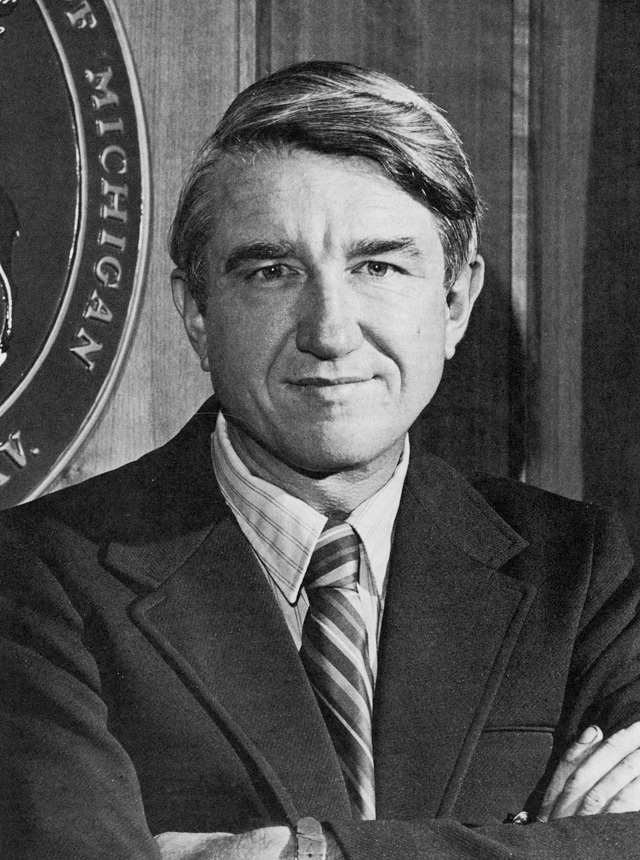 In spite of all these hurdles, the faculty got a 7.1 percent increase. The federal wage freeze did not apply because the Ferris budget had been requested prior to implementation of the wage freeze.

Ewigleben felt that the faculty should be given salary increases based on merit as well as other considerations. He recommended that an evaluation procedure be prepared by a joint subcommittee of the Committee on Instruction and the Representative Faculty Advisory Council (RFAC) on Faculty Evaluation.

The evaluation procedure document was published in the spring of 1972 so that every faculty member would have an opportunity to review it in advance of the RFAC vote.

Among other things, the document called for an evaluation of faculty teaching expertise by students.

The more vociferous faculty members immediately began decrying the evaluation saying that students weren't knowledgeable enough to evaluate teaching ability. Some of them said that no one but their peers could evaluate them properly, and their peers were biased.

The evaluation procedure was about the biggest "hot potato" the RFAC had handled, and by the time the matter came up for a vote, RFAC members had been bombarded by their constituents with criticism of the plan. At the referendum, the procedure lost by one vote.

Some of the faculty began to feel insecure because some deans had asked for early retirement for some of their teachers. On the plus side, enrollment had exceeded 9,000 students, and the College's placement records were gaining national attention.