The Muses Were Not Forgotten

Mr. Ferris thought that teachers could teach better if they could draw simple sketches on the blackboard. Drawing was one of the subjects emphasized in some of the Pestalozzian clusters in the centers which sprang up across the nation during its first 100 years. At first W.N. Ferris undertook the drawing instruction himself after having written a polite, but pleading letter to an acquaintance who taught drawing, asking him for a number of pointers on specific drawing techniques. When the drawing instruction became too much for him, Ferris hired H.H. Barrows to teach the subject.

Drawing was one of the subjects emphasized in some of the Pestalozzian clusters.

Early catalogs reported that Ferris Institute had prepared special teachers of music and drawing for several years -- that drawing can be made a separate course, and that graduates from either course would receive state life certificates from the Department of Public Instruction. Courses were divided between a first year and a second year and ran from 6 to 42 weeks. 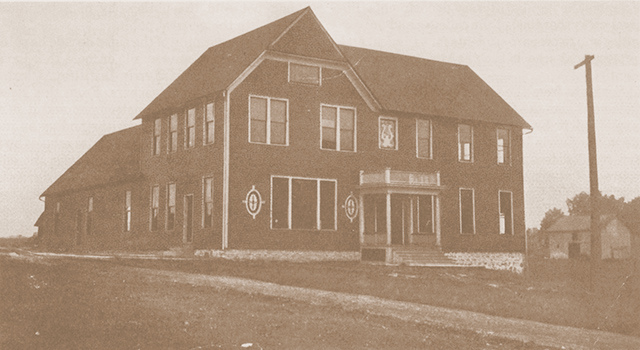 The building, known as the Music Hall, was built about 1906. It provided space for a number of programs including music. It also held a gymnasium and later a cafeteria.

A student who completed the three years of piano study for the teachers' course could, if he or she wished, take a fourth year which provided a special diploma.

The Mandolin club (no year given) was one of the many groups to practice in the Music Hall after the turn of the century.

Subjects for the teachers' course in music included three years of piano study, harmony, ear training, counterpoint, elementary vocal, advanced vocal, history of music, and methods in piano teaching. Students were required to do practice teaching in music with special attention to the teaching of children.