One of the courses offered by the kindergarten department was entitled "Education of Man," the name Pestalozzi gave to one of his books. The 1903-04 catalog's description of this program could have been written by Rousseau or Pestalozzi:

"The welfare of the nation involves the home. The home exists primarily for the little one, for the children. Children are not men and women in miniature, they are underdeveloped men and women. The school proper is incapable of developing a happy, growing child. This is the function of the kindergarten. The kindergarten aims to give the children an approximately ideal environment. This environment can be furnished by teachers who have been fittingly trained. The kindergarten department of the Ferris Institute gives to young women this training. [Note: no mention of young men.] To complete the work of the department requires two years (80 weeks) of work. 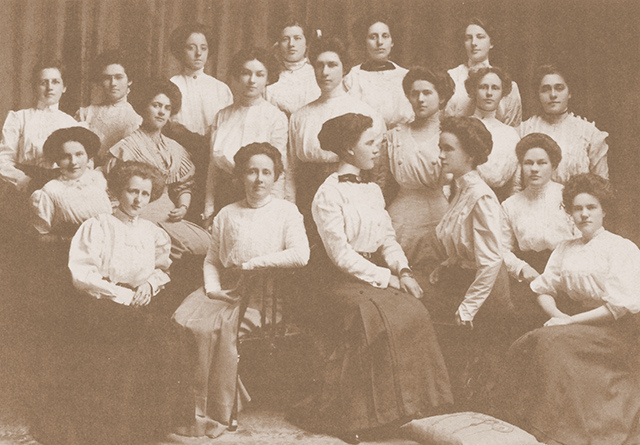 The 80 weeks was a regulation which Ferris had to meet to provide job entrance credentials -- one of the first which the school had to adhere to as it progressed.

In 1898 Ferris wrote to a prospective kindergarten teacher, advising her that if she signed up for the course this year, she could complete it in 40 weeks. "After this year," he wrote, "the time is 80 weeks in order to bring this school on a level with the schools of Detroit and Chicago."