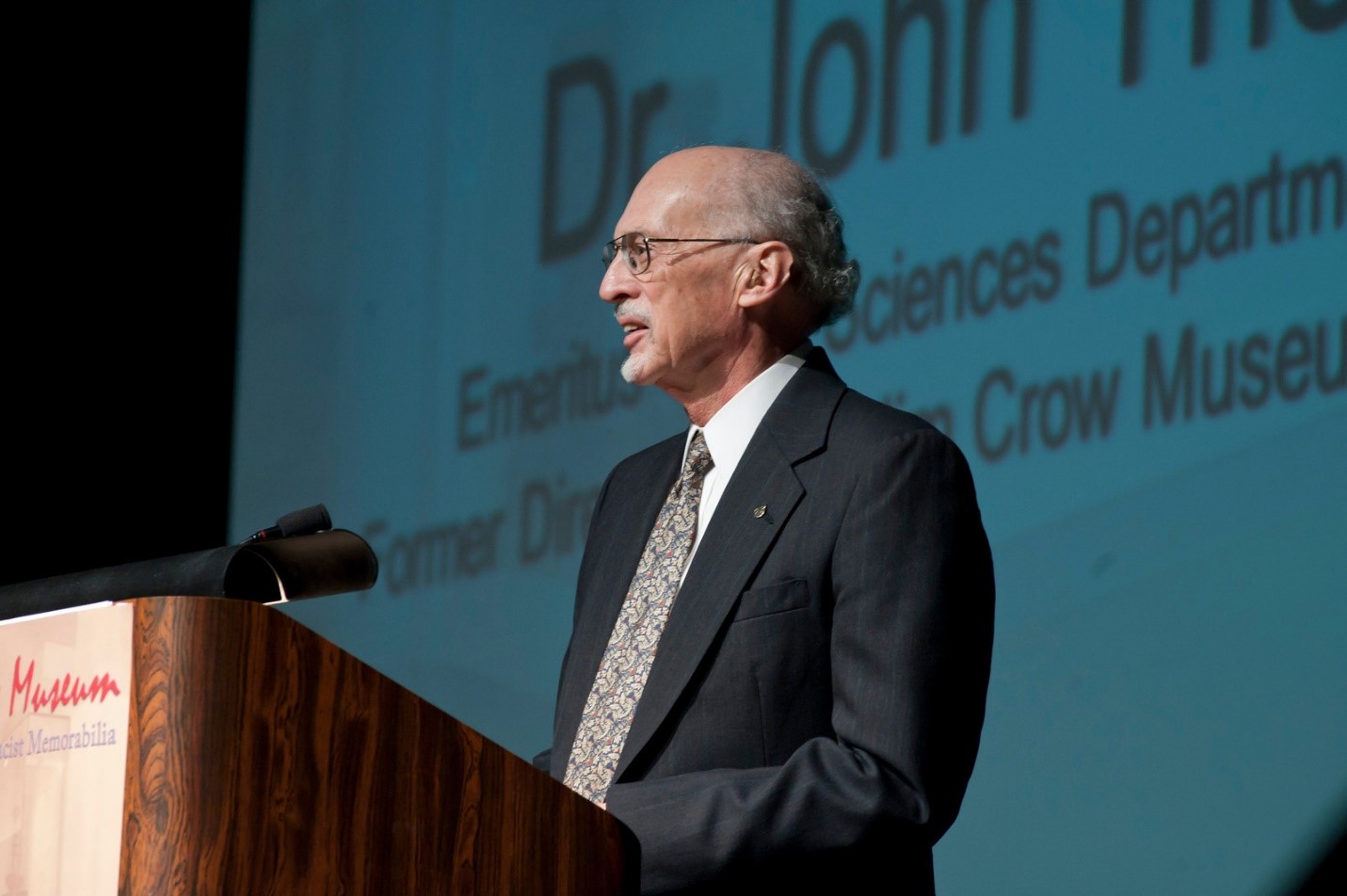 Former head of the Social Sciences department Dr. John Thorp has a long history with the Jim Crow Museum at Ferris State University. During his tenure in the department during the late nineties, Dr. Thorp recruited Dr. David Pilgrim to join the department’s faculty. Thorp knew Pilgrim from their time as colleagues at St. Mary’s College in Notre Dame, IN.

“I knew that Dr. Pilgrim had more to give than he could at St. Mary’s,” Thorp explained, “He told me about his collection of racist memorabilia. I wanted to be able to amplify and expand what he was doing in the classroom, so I recruited him to Ferris.”

Pilgrim began collecting artifacts for the Jim Crow Museum of Racist Memorabilia over 30 years ago. As his collection grew, he was asked to speak to various groups to share the significance of the pieces he had amassed. However, it wasn’t until a particularly moving lecture Pilgrim gave for Black History month that he started to imagine how he could expand this program.

During his time as department head, Thorp was instrumental in helping to create a more permanent home for Pilgrim’s collection. Thorp did much of the background research for the development of the Jim Crow Museum.

In 2001, the Detroit Free Press featured the museum in its publication. Thorp is quoted in the article as saying the following regarding the space:

“The most powerful influence has been on white people who don't pay attention to these kinds of things. People will see something like this in a store and think nothing of it," Thorp says. "But after coming here, you can't dismiss these types of images anymore. When you walk into a store and see some of these things, you have to ask yourself, is it right that these things should be sold in my store, in my town, in 2001? I don't think you can escape the social justice or social activist side of things. Racism is alive and well."

Following the publication of this article, Thorp and Pilgrim began to feel that things might be gaining traction and that the time was right for Thorp to dive even deeper into the museum’s operations.

Thorp took on the responsibility of hosting more tours of the museum for students and other visitors. He was really able to learn more from an open-minded, African American perspective. With all the learning and eye-opening experiences he was confronted with, he began to feel as though was earning another Ph.D.

As the national dialogue about race and racism has recently been thrust into the forefront of Americans’ minds, The Jim Crow Museum of Racist Memorabilia continues to be one of the best equipped institutions in the U.S. to address these issues.

Thorp is most passionate about giving students a full learning experience with the museum. Since its inception, the Jim Crow Museum has expanded into the world's largest and most robust collections of objects representing Jim Crow-era racism, containing over 14,000 artifacts.

With this growth, comes the need for more adequate facilities to aid the museum in its mission to impact these continuing dialogues on history, race, and systemic racism in our modern society. The museum plans to construct a new state of the art facility, expanding the exhibits, narratives, and impact of the collection, while preserving irreplaceable items, and expanding access to serve more audiences.

For more information about The Jim Crow Museum, visit their website, or follow them on social media.