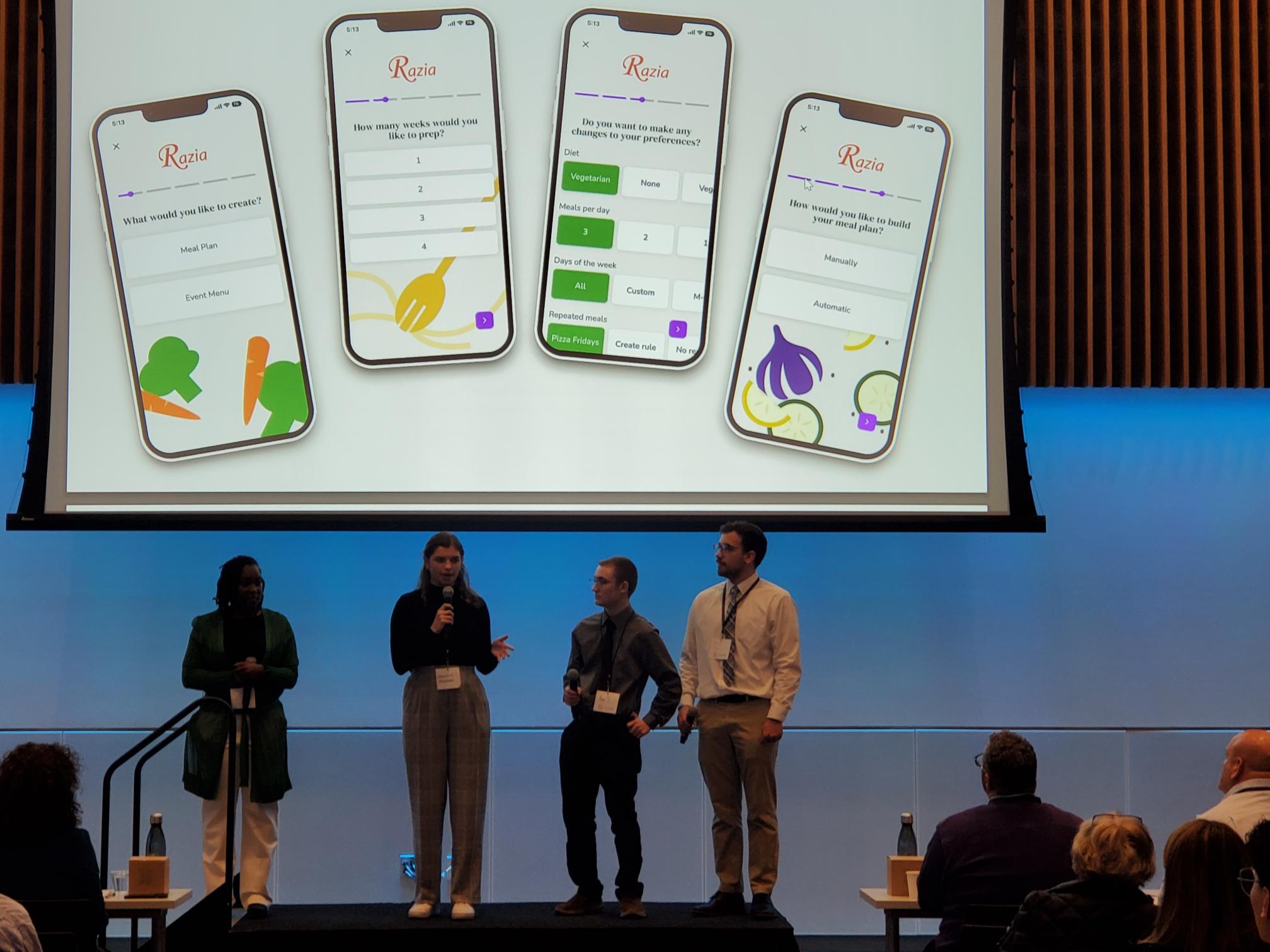 On Friday, November 11, two teams of students from Ferris State University and Kendall College of Art and Design competed in the Michigan Collegiate Startup Challenge. This competition was held at Michigan State University.

Our student teams included a variety of majors, differing from Integrative Studies, Graphic Design, and Computer Information Systems. Students began preparing for the competition six weeks in advance. The students coalesced around two startup ideas, the first being an “Uber for haircuts” app they named Cutt. The second was a meal-planning app called Razia.

The two teams both developed a business model, designed prototypes, and overall designs for the competition. Ultimately, they presented this work and delivered an elevator pitch at the competition.

The Razia team finished fifth among 39 entrants. Both teams are now continuing their work for entry in the 2023 MWest Challenge this spring.