W.N. Ferris often handpicked students for jobs for which he had inquiries. He personally selected one or two students for each inquiry, told each what to do to apply, gave them directions for their job interview, and put the fear of God in anyone who should not prove satisfactory.

The students were well-prepared and for the most part had good attitudes; thus, when another position opened with the firm W.N. Ferris would be asked to produce another employee.

The early Ferris catalogs carried a section headed by this question: DO WE GUARANTEE POSITIONS?

The text which followed read: "Our answer is NO. The young man or the young woman who looks into the business world must discover that, as a rule, competency in any line commands attention; competency commands a good salary. If the student has faith in himself, if he is worthy, he will not ask for a guaranty. 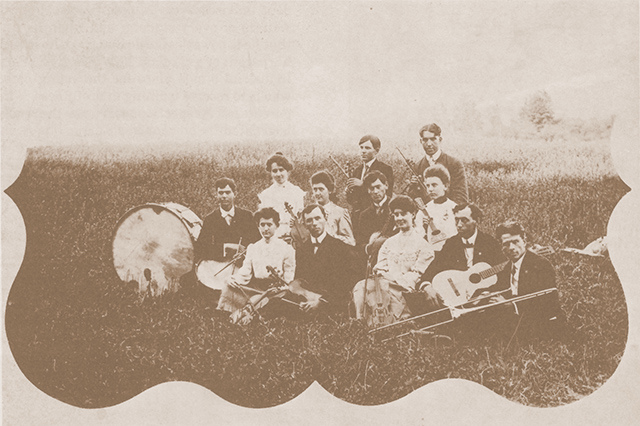 "We say to every competent candidate who comes to us, prepare for the work. There is no reasonable doubt as to the securing of a position after graduation. We place something more than 90 percent of all who successfully pursue our course in shorthand. The other 10 percent usually have positions in view when they enter upon the course. We doubt if any other school in the United States can surpass ours in the record made in placing competent stenographers."

"There is no reasonable doubt as to the securing of a position after graduation."

In one of his early publications W.N. Ferris claimed: "At this writing, we haven't a single thoroughly competent male graduate who is without a paying position. Owing to the fact that some firms still believe that women are less competent to meet their demands than men, we sometimes have a little difficulty in placing ladies immediately after graduation, but this need not deter ladies from studying. We say to every competent candidate who comes to us prepared for the work that there is no reasonable doubt as to the securing of a position after graduation."

To a deaf prospect he wrote that because of his deafness it would be wise for him to secure a position as a bookkeeper in a house that used a slip system where every salesman furnished the bookkeeper with a slip. Ferris also recommended that the applicant apply for a Civil Service examination saying he might get $1,000 a year, maybe more.

To a former student Ferris wrote in 1894,

"Sometimes we have a little difficulty in placing ladies immediately after graduation."

"Ever and ever so many of my students are Catholics, and it is with keen regret that I notice the distinction that is being made in securing teachers. Ever so many officers think they must have Protestants. Some of my best teachers are Catholic." There are some letters in which he advised Catholic students not to try to get jobs in certain cities.