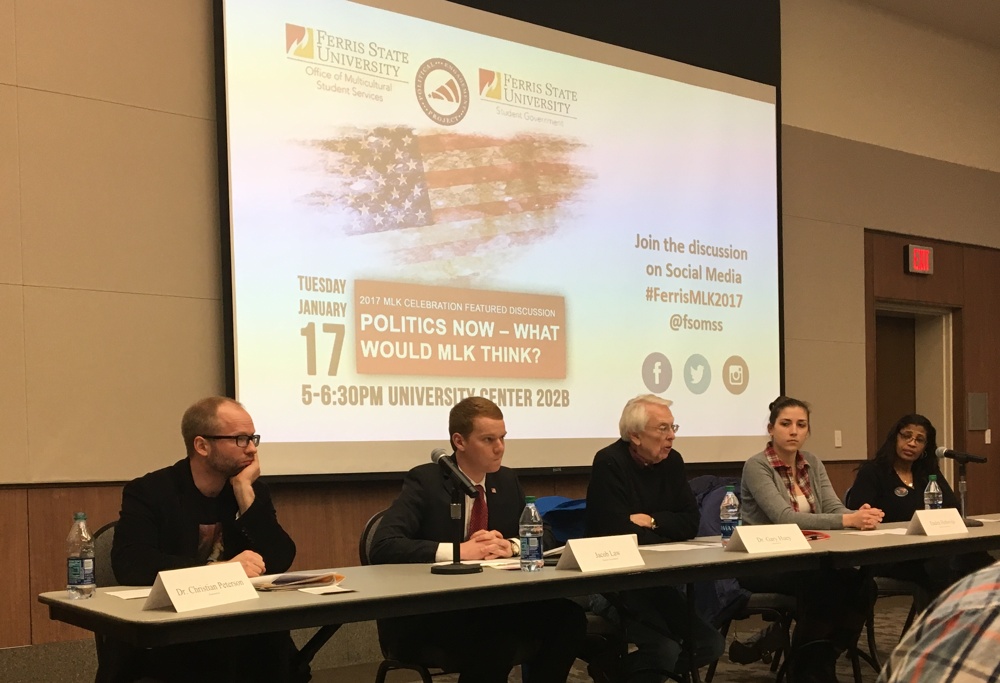 This week Ferris State University celebrated the life and legacy of Dr. Martin Luther King Jr. with a number of events on campus. College of Arts, Sciences and Education faculty, staff and students were active participants in many of these events.

The panel included three members of the College of Arts, Sciences and Education faculty: Dr. Gary Huey and Dr. Christian Peterson of the Humanities Department, and Dr. Rita Walters of the Department of Social Work. College of Arts, Sciences and Education students and Student Government representatives Jacob Law, a senior in the Political Science Program, and Endira Hebovija, a junior Pre-Pharmacy major, also appeared on the panel.

The participants discussed how Dr. King might interpret modern-day issues such as school integration, African American history, school textbooks, citizen participation and activism, peaceful protest, and the impact of the news media and social media. They also provided their thoughts on how Dr. King is remembered today. Members of the audience, including Ferris students, weighed in with their opinions and also asked the panel members questions.