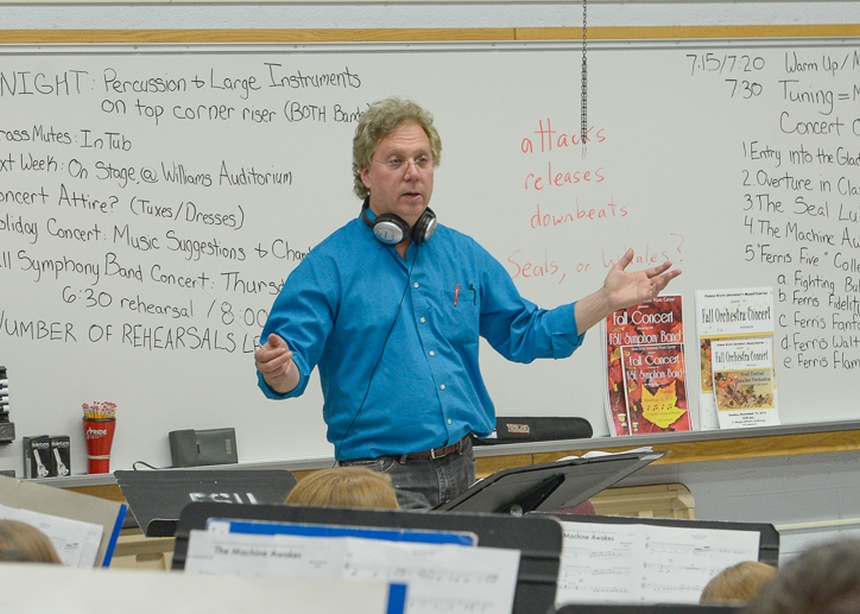 The Ferris State University College of Arts, Sciences and Education would like to congratulate Dr. Richard (Scott) Cohen on his selection as the new Chair of the Humanities Department, effective August 7, 2017.

Dr. Richard Scott Cohen is completing his 15th year at Ferris, where he serves as Director of Instrumental Concert Ensembles and Professor of Music. He earned bachelor degrees in Music Education and in Spanish from the University of Illinois at Urbana-Champaign, where he was a Phi Beta Kappa scholar. He earned his master's and doctorate degrees in Conducting at Northwestern University. He has also been a Fulbright research scholar and lecturer in Spain.

Dr. Cohen is a member of numerous professional associations and is currently on the board of the College Band Directors National Association North Central Division, and on the Executive Board of the International Society for the Research and Promotion of Wind Music, headquartered in Graz, Austria. Previously, he also served on the board of the North American Catalan Society. He remains very engaged as a guest conductor, trombonist, composer, music adjudicator, researcher, author and lecturer throughout North America, Europe and China.