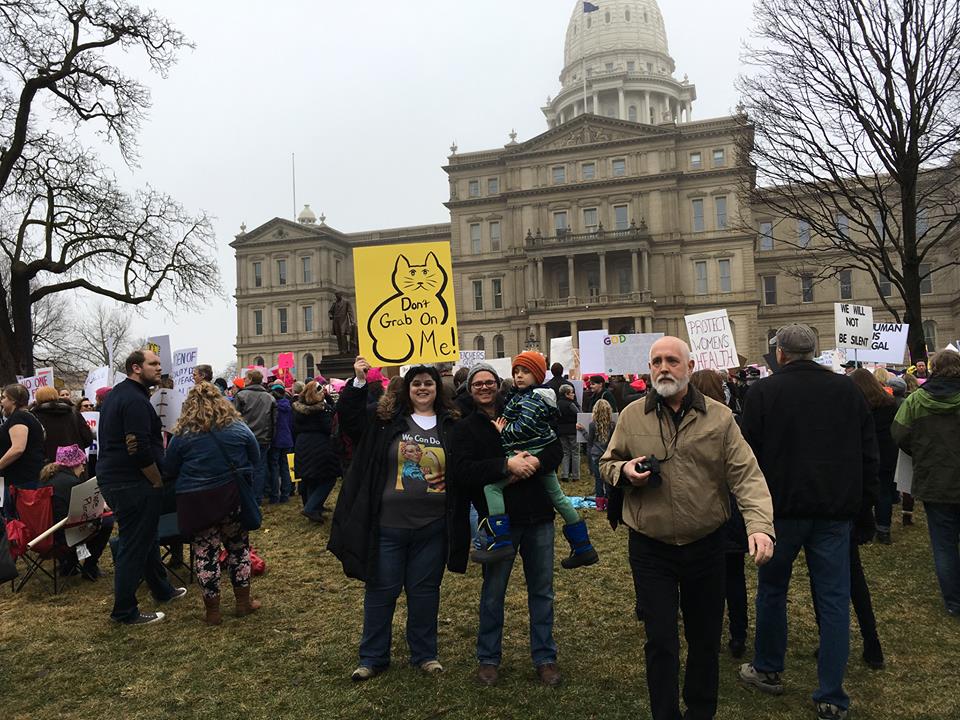 I’m an introvert, so attending a march or protesting has never been on a list of things I WANTED to do. I don’t like crowds or confrontation, and I want everyone to get along. But the moment Donald Trump won the electoral vote in November, I knew that my life would have to change.

The morning after the election, I came up with a mantra of sorts: “If you are Muslim, gay, trans, a person of color, a woman, or feel harassed or threatened in any way, you will always have a place with me. My home. My classroom. My community. I promise to do everything I can to make those places safe for you.” I post this weekly on Facebook and have made it a goal to live by; I attended the Women’s March on Lansing because I knew I would forever regret it if I didn’t.

I was lucky enough to attend with friends, but even if I hadn’t, it would have been easy to meet friends the moment I parked the car. We took a city bus from the outskirts of Lansing, and the route was so full that the city had to call in extra busses for all the people. From the bus ride to the capital grounds, it was nothing but a sea of pink and signs and love and solidarity. I took pictures with strangers, and shared laughs with people I had only met a few hours before. I was joined by two friends from Central Michigan University (JoEllen DeLucia and Nate Smith) and their son, Simon. He is five years old, made his own sign, and was a huge hit with everyone in attendance.

The truth is I don’t remember all the speeches or the announcements or even the songs.  It was difficult to hear from where we were standing. But what I do remember is the outpouring of love that I felt and saw. Mostly, I was so proud of being a part of something, and I knew that if this many people could join together just in Lansing, Michigan, that we would be a force to be reckoned with. I wasn’t alone in my desire for a country where every person, every teenager, every child, could feel safe and valued.

It was a long day. My arms hurt from holding my sign, and my legs hurt from walking.  But it sparked a desire to be more politically active and involved.  Some days I feel hopeful and some days I feel overwhelmed, but I am determined to make my voice heard. 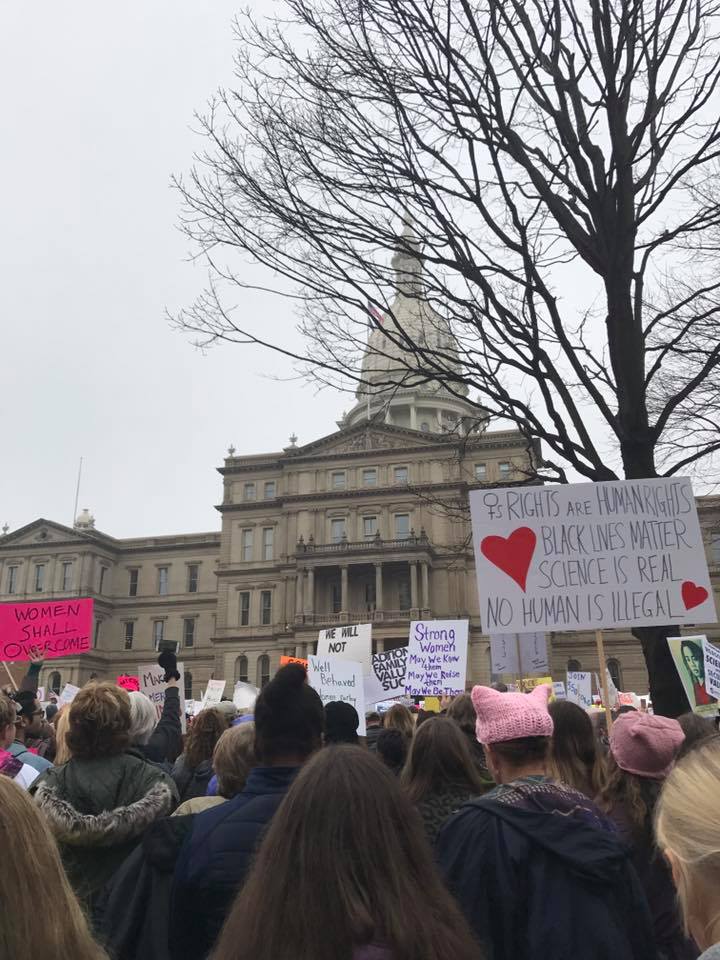 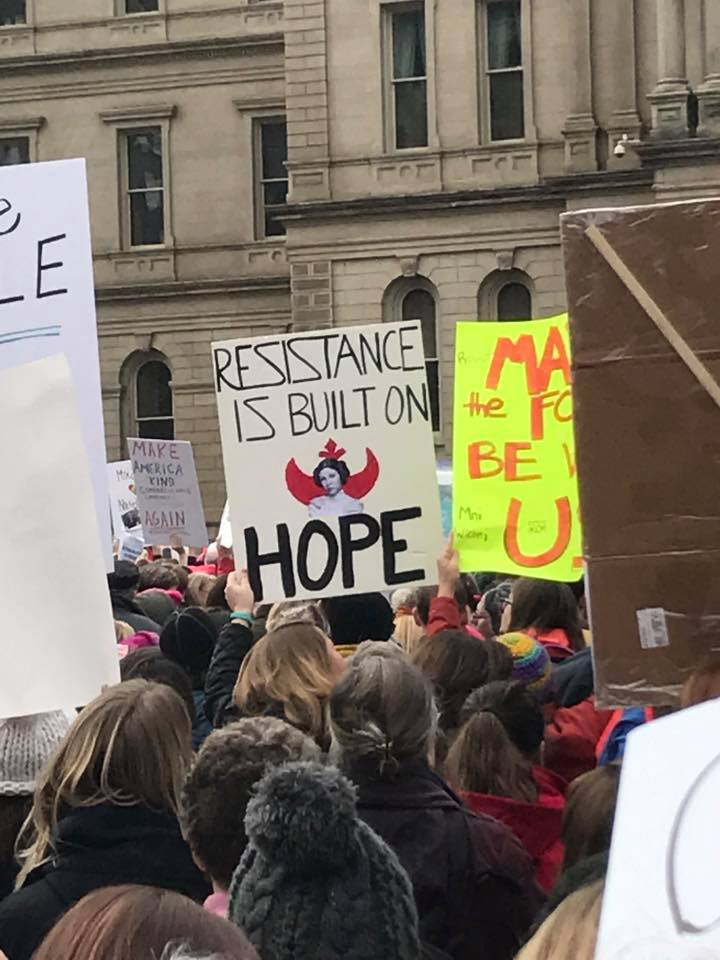 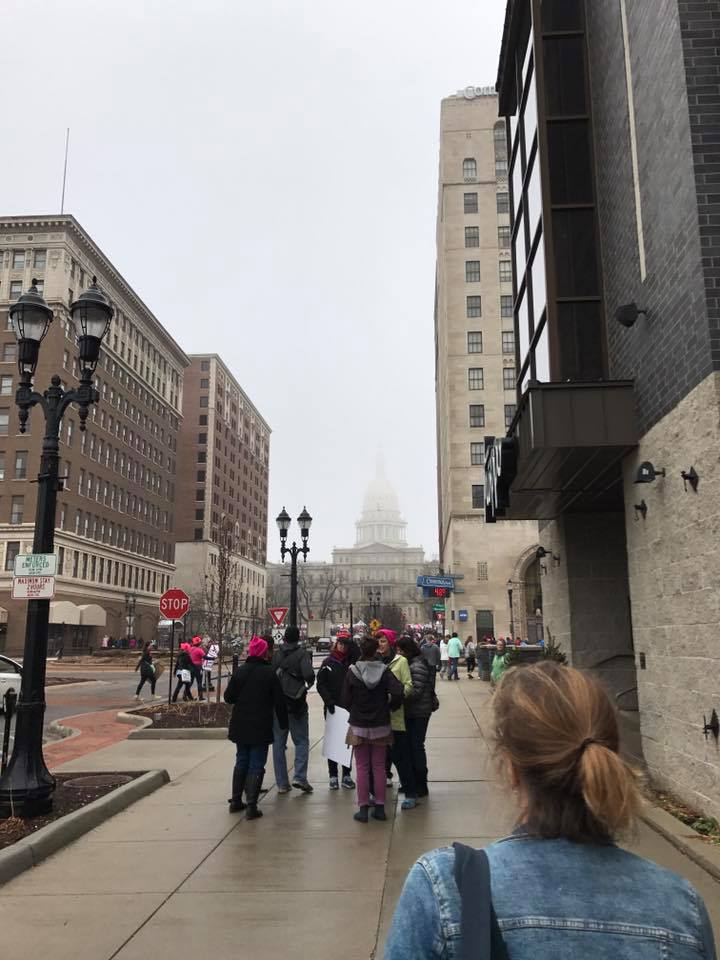 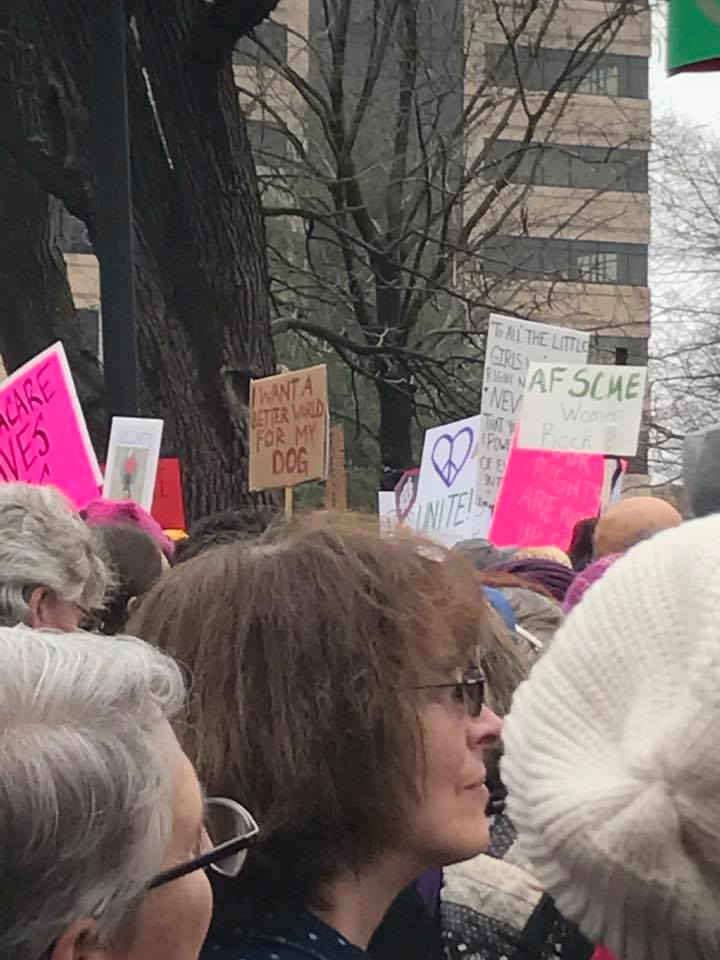 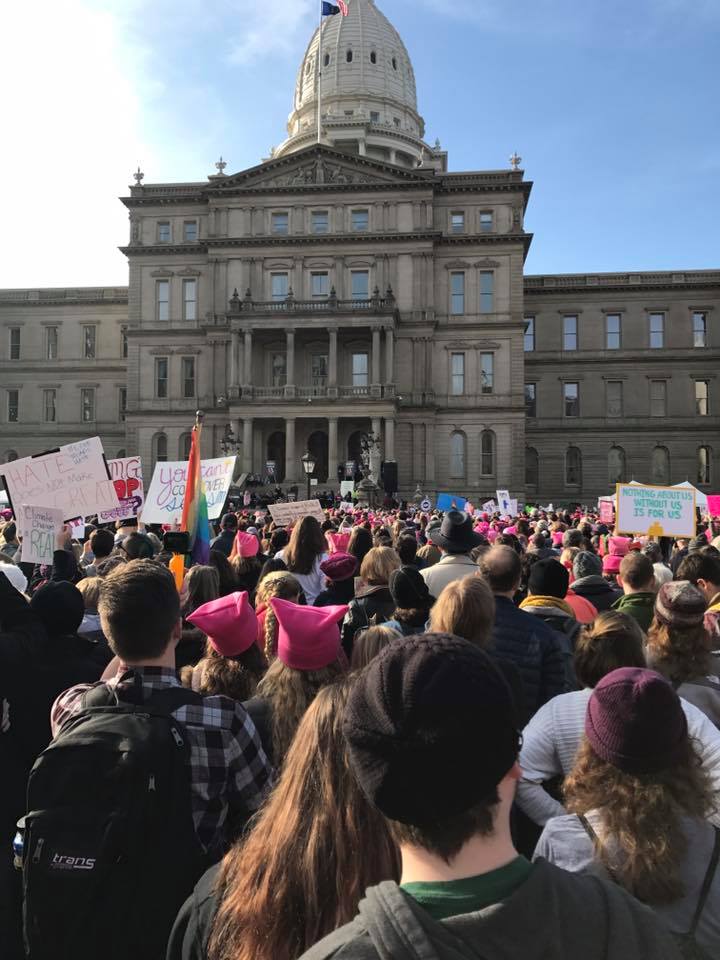