Sex Trafficking in the Media 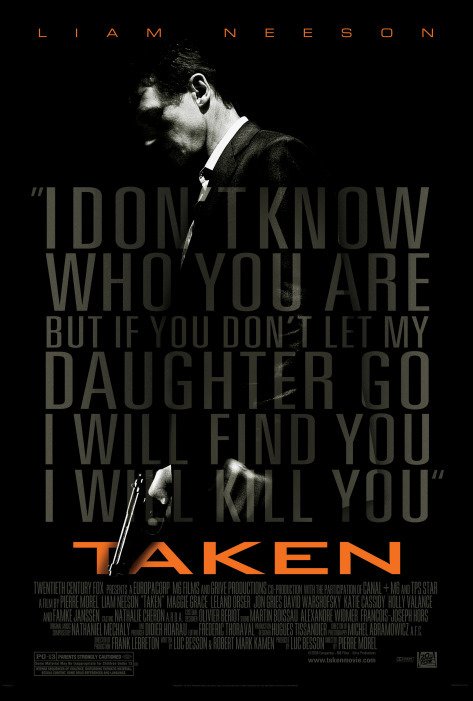 Taken almost perfectly portrays what sex trafficking looks like in all its stages. If you want a visual understand on how it works, this movie is highly recommended.

The movie starts with girls of the typical qualities that trafficking occurs on. The girls are under 18- 17 to be exact, which is actually a little old for typical girls being trafficked. Also out of the norm is that these girls are being trafficked in France. The human traffickers are not French though, but Albanian, which is an accurate group of notorious human traffickers. Aside from those minor details the framework for typical human trafficking is intact. These girls are young and naïve. They see a rather attractive man who appears to want to help them around in this foreign place. This man is the recruiter or “spotter”. He asks the girls a lot of questions, but do not reciprocate in information. He then goes with them to their place where they are staying, discovering their address. After the girls go inside the spotter then reports to the “boss” their next target.

From that point on the recruiter typically does not play a further role. The girls are captured by thugs and then transported to a “Red Light” district. The red light district is accurately displayed with prostitutes soliciting sex on the streets in provocative outfits. They appear on their own, but in reality a pimp is watching over them. When the man character of the movie appears to be causing trouble, the pimp steps in and there is an obvious fear the prostitutes hold for the pimp.

Within the actual brothel setting, th

e environment is accurate. It is dirty, dark, poorly lighted, and the girls are drugged into submission. In many cases of human trafficking drugs are used to make girls submissive, and hooked on addictive drugs. When a girl escapes they will often come back because of their drug addiction. Stalls are lined in halls, and only curtains separate them. The living arrangements of the girls is typically not important because these girls are not expected to last long in the first place.

In the case of Liam Neeson’s character, his daughter is a virgin and is therefore not found in a general brothel. Typically virgins are sold for a much more expensive price and are separate from the other girls. The movie states that the girl is “certified pure” and sells for 500,000 dollars. That number may be a bit of an exaggeration for typical circumstances.

Also accurately displayed in the movie is the government’s ambivalence toward sex trafficking even though they are aware that it is happening. Typically in local communities where brothels are found police will take bribes from brothel owners and will not raid them. Some police will even take advantage of girls and capture runaways.