Ferris State University Office of Multicultural Student Services (OMSS) coordinates cultural programs and activities that promote the intellectual understanding and appreciation of diversity, inclusion and social justice. We assess the following from attendees and participants:

Listed below are the lineup of OMSS's cultural programs and activities, all programs are open to the public.

MINORITY STUDENT GET ACQUAINTED DAY
Get Acquainted Day is an opportunity to for incoming minority students to meet and greet fellow freshman and upperclassman as well as find information about registered student organizations.

LATINO HERITAGE CELEBRATION
National Hispanic Heritage Month is celebrated each September 15- October 15 in the United States of America to recognize the contributions made by people of Hispanic descent and to celebrate Hispanic culture. Hispanic Heritage Month begins on September 15 because it is the anniversary of 5 Latin American countries' Independence Day: Costa Rica, El Salvador, Guatemala, Honduras and Nicaragua. The Office of Multicultural Student Services seeks to sponsor events to educate the campus community of the Hispanic Heritage through performances, speakers, discussions and exhibits. In addition, the International Student Center and the Hispanic Student Organization work closely with our department with programming throughout the month.

NATIVE AMERICAN HERITAGE CELEBRATION
Initially celebrated in 1916 by the state of New York, it was not until 1990 that then President George H.W. Bush established it as a month long festival. Not only does Native American Indian Heritage Month showcase the rich culture of the native people of this land, but also honors those American Indians that have suffered injustices. Therefore, we celebrate all Native Americans during the month of November. Through guest performers and lectures, the Office of Multicultural Student Services celebrates Native American Heritage at Ferris State University.
DR. MARTIN LUTHER KING, JR. CELEBRATION
On the third Monday of January each year, we celebrate Dr. Martin Luther King Day and is the only national holiday commemorating the actions of an African-American. Originally petitioned to honor King's dedication to trade unions, it would be established on November 2, 1983 by Ronald Reagan. The Office of Multicultural Student Services and a Campus-wide committee of faculty and staff utilize this time to commemorate Dr. Martin Luther King Day through a week of activities to engage the campus on the relevance of his life’s work.
BLACK HISTORY CELEBRATION
Black History Month, also known as African-American History Month, is celebrated every year during the month of February in the United States. Because of the timing of the birthdays of 2 very important individuals in the fight to end slavery, Frederick Douglass and Abraham Lincoln, Black History Week was originally slated for the second week in February in 1926. In 1976 it was expanded to encompass the entire month of February to recognize the significant achievements made by the African-American community in all aspects of American society. The Office of Multicultural Student Services sponsors events acknowledging the contributions of African-American men and women from the arts, politics, science and the academy. Lectures, forums and student-led presentations are often a part of this month long celebration.
WOMEN'S HISTORY CELEBRATION
Annually celebrated in March, Women's History Month acknowledges the many contributions women have made in America's rich past. From its beginnings as International Women's Day on March 8, 1911, it has been expanded twice by the United States Congress first as a weeklong celebration in 1981 and to its current month-long celebration in 1987. Each year, OMSS hosts programs to educate the FSU campus about women's issues and contributions to society.
ASIAN PACIFIC AMERICAN HERITAGE CELEBRATION
May is Asian Pacific American (APA) Heritage Month—a celebration of Asians and Pacific Islanders in the United States. As the Spring semester ends in April, the Office of Multicultural Student Services sponsor educational programs and activities with the Asian Student Organization to celebrate APA Heritage. In June 1977, Representatives Frank Horton of New York and Norman Y. Mineta of California introduced a House resolution that called upon the president to proclaim the first ten days of May as Asian/Pacific Heritage Week. The following month, senators Daniel Inouye and Spark Matsunaga introduced a similar bill in the Senate. Both were passed. On October 5, 1978, President Jimmy Carter signed a joint resolution designating the annual celebration. In May 1990, the holiday was expanded further when President George H. W. Bush designated May to be Asian Pacific American Heritage Month. May was chosen to commemorate the immigration of the first Japanese to the United States on May 7, 1843, and to mark the anniversary of the completion of the transcontinental railroad on May 10, 1869. The majority of the workers who laid the tracks were Chinese immigrants.
OMSS’S ANNUAL PIGNIC
The Annual OMSS’s PIGNIC has been a tradition through our department for over 25 years. Held in Hemlock Park in Big Rapids, current students, faculty and staff as well as FSU alumni and friends come together to fellowship with free food and music as a way to end the academic year. The PIGNIC precedes the Annual Black Greek Council Step Show held at Williams Auditorium.

MULTICULTURAL STUDENT GRADUATION RECOGNITION
The Multicultural Student Graduation Recognition is an opportunity for graduating International, Black, Latino, Asian and Native American students to be congratulated on earning a Bachelors Masters or Doctorate Degree from Ferris State University. The event involves a presentation of graduation stoles, words of encouragement from fellow graduating students, and supportive faculty and staff. Annually OMSS collaborates with the Office of International Education, Center for [email protected] Studies and Diversity and Inclusion Office on the program.

The Office of Multicultural Student Services invites the campus community to attend "Conversations on Race" - a campus dialogue series that will take place once a semester and will aim to address events, issues and trends surrounding race in our society. The main topics to be discussed are selected by the students, and OMSS seeks to collaborate with faculty, and student organizations to serve as panelists for each discussion. 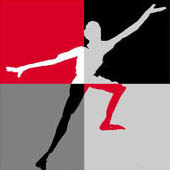 Click here to learn about our department's mission, programs and involvement opportunities!