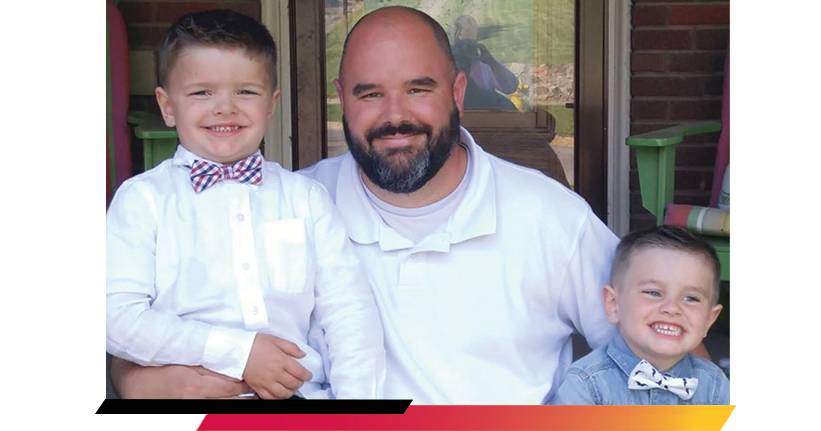 Chuck Prince graduated from Ferris-Lansing with a degree in Criminal Justice in 2017. During his time at Ferris, he received the Adult Learner Life-Changing Scholarship, which, for him, meant a lot.

“The scholarship meant a lot to me not just because of the financial help, but because I received the scholarship during my last semester at FSU,” Chuck explained. “I felt that it was a way for Ferris to congratulate me on the hard work that I had put in. It was recognition of all the long hours I had spent on school instead of with my wife and kids. I kept working at it, and now that it's done, it feels amazing."

Chuck returned to school back in 2010 with less than 30 credits to his name, and graduated seven years later in December of 2017. It may seem like a long time, but Chuck said it was totally worth it.

“During that time I was promoted twice at work and had 2 children, it was a long process and there were many times that I couldn’t see the light at the end of the tunnel. However, I kept working at it, and now that it’s done, it feels amazing.”

For more information on the Adult Learner Life-Changing Scholarship and all other scholarships, visit our scholarship page.