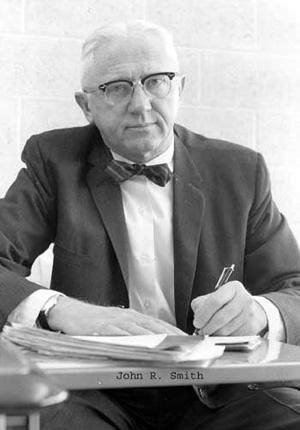 President Victor Spathelf realized that he couldn't handle all his ambitious planned growth and development plans alone, and in the spring of 1953 he persuaded his long-time friend John R. Smith to come to Ferris as his assistant. At that time Smith had served for 23 years in the Highland Park, Mich., school system and was then the assistant superintendent. He also had just been re-elected mayor of Highland Park. Smith took over the business operations of the Ferris Institute. In 1966 he was named vice president for Business Operations. After Spathelf retired, from Dec. 16, 1970 until March, 1971 Smith served as acting president until Robert Ewigleben took over.