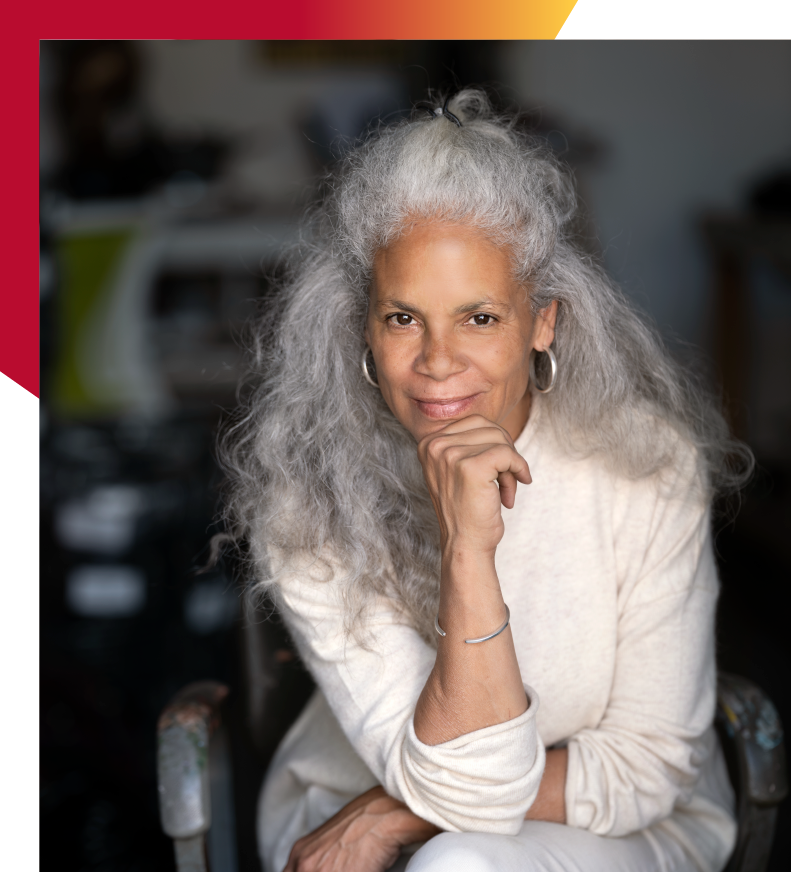 Dana King graduated Big Rapids High School in 1978, attended Ferris State COLLEGE, graduating with a B.S. degree in Marketing in 1982, in the middle of a recession. King waited a week after obtaining her diploma from then FSC, packed up all she could fit into her Volkswagen and drove to Los Angeles, California. She used her marketing skills to land a job and build a career in broadcast television sales, which she successfully navigated for the next five years until her boss decided he wanted her to be an on-air reporter. From there, she built a 25-year career as a broadcast journalist, traveling the world, covering living history while garnering 5 Emmy’s, 2 Edward R. Murrow Awards, and 2 Gracie Awards in the process. During her last few years on air before leaving the business in 2012, King went back to school to obtain an MFA in Fine Art at the Academy of Art University in San Francisco. She is now in her 3rd and final career as an award winning classical figurative sculptor who creates public monuments of Black Bodies in Bronze.

King’s work explores a subversive concept in a traditional form. She sculpts Blackness and elevates African descendants by reclaiming an art form that has been a significant tool of white supremacy in America. King rescues everyday Black American heroines/heroes from unjust obscurity and then ennobles their tenacity and courage through figurative sculpture.

King’s public sculptures are in the Bay Area and across the country. In addition to her most recent installation of a bust of Dr. Huey Newton in West Oakland, CA., her life size bronze artwork is in South Berkeley, California, New Haven, Connecticut and at the Memorial for Peace and Justice in Montgomery, Alabama. She also just installed and dedicated “Monumental Reckoning” in San Francisco’s Golden Gate Park, the first African American to create a sculptural installation in the park representing the history of African descendants.

King prefers sculptures because they inhabit space and space is power. She believes sculpture provides an opportunity to shape culturally significant memories that determine how African descendants are publicly held and remembered. King’s work was recognized with the Artadia Award in September, 2021 and she is a 2021-22 Sculpture Fellow with the California Arts Council.

Equity and justice are integral to Dana King’s art practice and her volunteer work. She the Secretary of the Board for the Oakland Museum of California from 2012-2022 and Chair of its Community Engagement Committee, doing work around diversity, equity, access, and inclusion. She is a board member of Illuminate the Arts, a San Francisco non-profit whose mission is to rally large groups of people together to create impossible works of public art that, through awe, free humanity’s better nature. King is also on the Ferris State University’s Jim Crow Museum Cabinet and a member of the Ferris State University Foundation.

Dana King is the mother of an awesome young woman, mother-in-law to a terrific young man and gramma jamma to the most amazing kindergartner who moonlights as her jr. studio assistant.