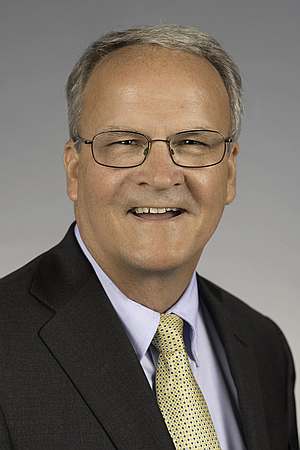 Miles is a Western Michigan University graduate and obtained his Juris Doctorate from Wayne State University where he participated in Moot Court and was a member of The Wayne Law Review. He also has a Master of Science in Taxation from Grand Valley State University.

Miles was a past President of the Mecosta-Osceola County Bar Association and Secretary of the Grand Rapids Bar Association.  Miles is a former board member of the National Association of College and University Attorneys, formerly served as Chair of their Committee for Continuing Legal Education and was a member of their Board Advisory Council on Diversity and Inclusivity. He serves on the Board of Directors for the Michigan Chapter of the American Corporate Counsel Foundation and in 1994, was appointed a Fellow in the State Bar of Michigan Foundation.   He also serves on the Board of Directors for the Mecosta County Development Corporation and The Meemic Foundation.

Since October of 2004, Miles has served as a Trustee on the Rockford Public Schools Board of Education, as President in 2009-2010 and again in 2016-2017.  Miles is a graduate of Leadership Mecosta (2001), and is active in many other groups and organizations.